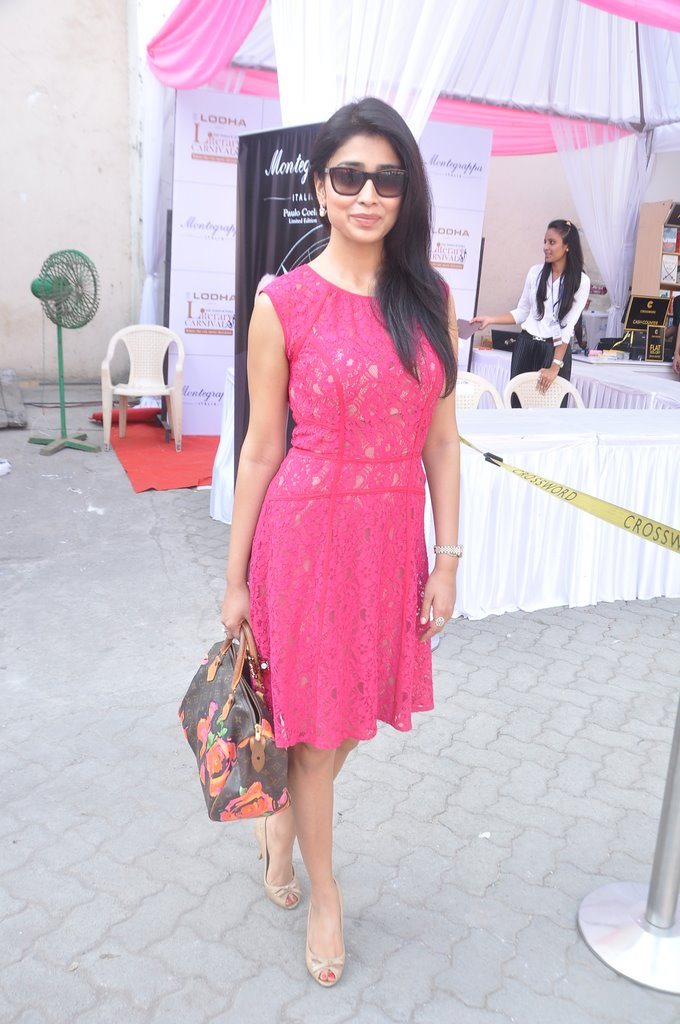 Shriya also accessorized her look with a Louis Vuitton bag. The event was attended by other celebrities, including Farhan Akhtar, Anupam Kher, Manoj Bajpaye and Divya Dutta. The Times Literary Carnival started on December 6, 2013 and will continue until December 8, 2013 at Mehboob Studios.

The first day of the festival saw attendees discussing romance, love and violence. The event also saw a splendid performance by Dharavi Rocks, which is a band from the slums kids of rag pickers in Mumbai.