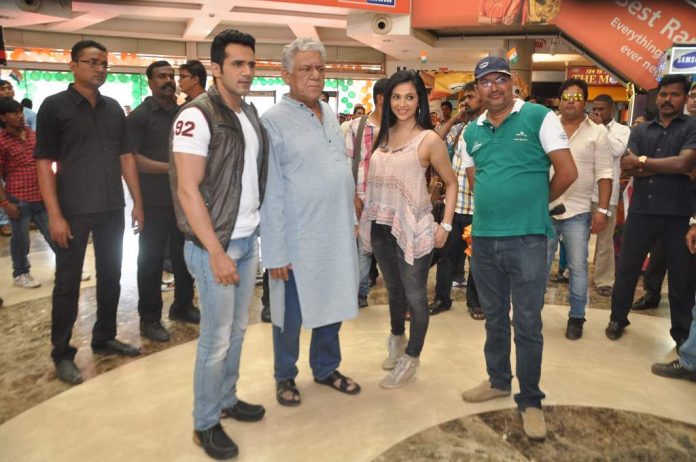 BollywoodGaram.com: Bollywood actor Om Puri – who is known for playing bad guy or cop roles in many of his movies – was spotted on location of the upcoming movie ‘The Mall’ in Bhayander in Mumbai on December 9, 2013. Other stars of the movie – Shilpa Anand and Chirag Thakkar – as well as filmmaker Manoj Sharma were also spotted on the sets.

On the sets, Shilpa looked pretty in a pair of jeans and a casual top and obliged the media for pictures. Sharma worked as a screenwriter and editor in Hindi and Bhojpuri films. He directed more than 150 music albums and about a thousand music videos.