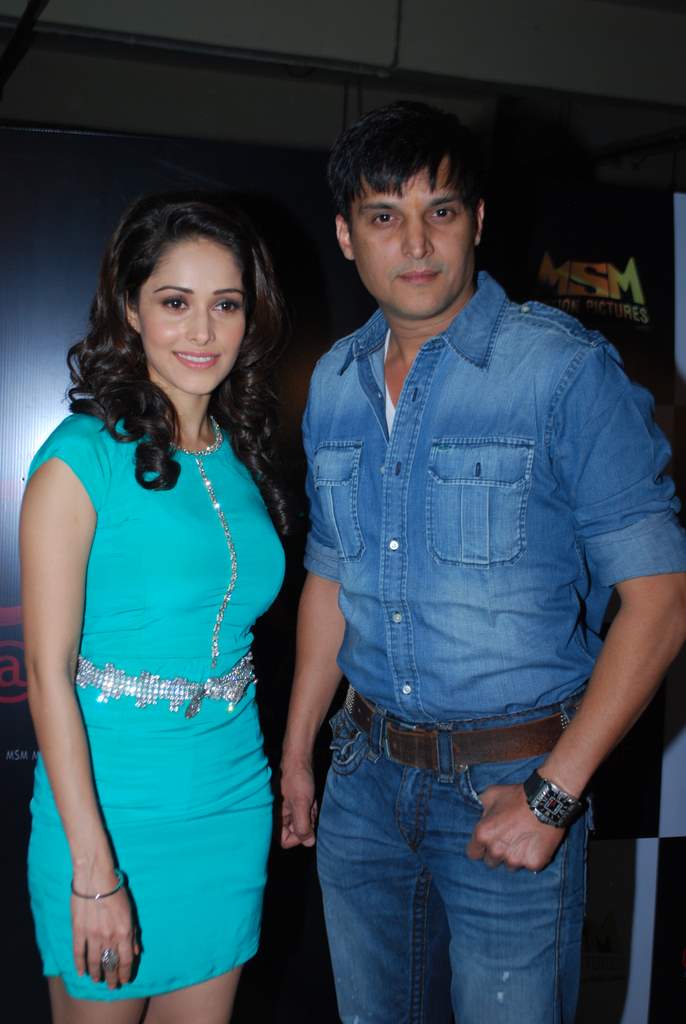 BollywoodGaram.com: Actor Jimmy Shergill, along with his co-star Nushrat Bharucha and Pawan Kriplani were spotted on the sets of the movie ‘Daar at the Mall’ in Bhandup on December 11, 2013. At the moment, Jimmy is also working on the upcoming movie ‘Traffic’ and was recently seen in the flick ‘Bullet Raja’ as Rudra.

Meanwhile, Nushrat is known for her work in ‘Pyar Ka Punchnama’, ‘Akaash Vani’ and ‘Kal Kisne Dekha’. The actress started her career in 2006 as Mahima in ‘Jai Santoshi Maa’ and then starred in ‘Kal Kisne Dekha’ as Riya in 2009.

The movie ‘Pyaar Ka Punchnama’ was produced by Wide Frame Films and was released on January 18, 2013.