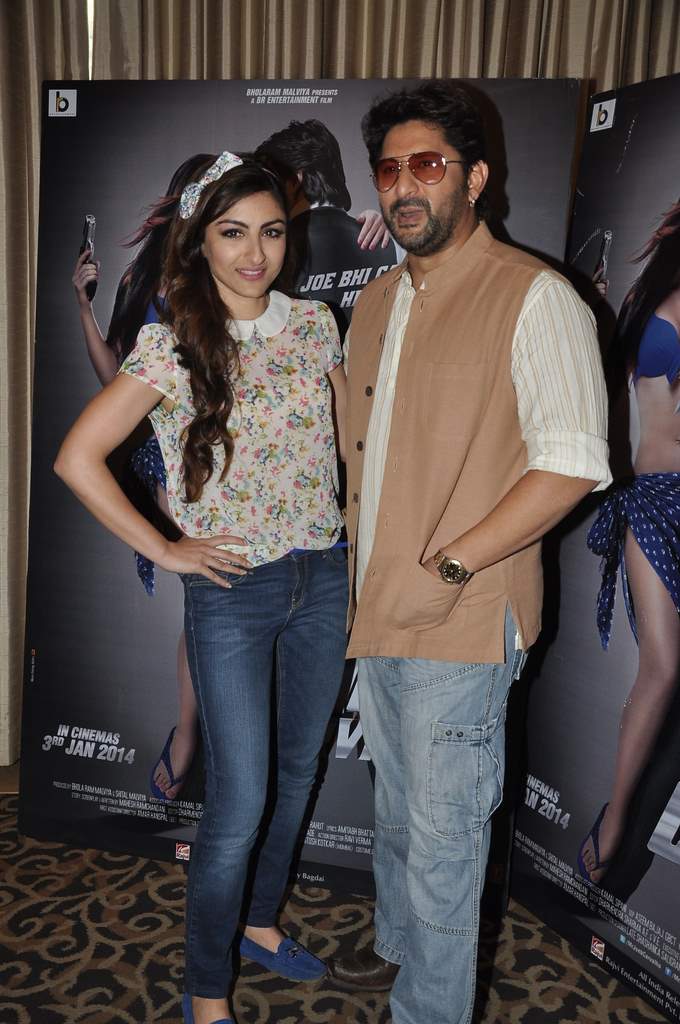 BollywoodGaram.com: Indian actors Arshad Warsi and Soha Ali Khan were spotted at the press conference for ‘Mr Joe B. Carvalho’, which was held in Mumbai on December 18, 2013. ‘Mr Joe B. Carvalho’ is an upcoming Bollywood flick which is directed by Samir Tewari and stars Soha, Arshad, Javed Jaffrey and Vijay Raaz.

In the movie, Soha will be seen playing the role of a cop. The ‘Rang De Basanti’ actress recently said, “I’m very excited to play a cop for the first time. I loved wearing the police uniform and beating up goons.”

The movie is all set to hit the theaters on January 3, 2014. ‘Mr Joe B. Carvalho’ will also feature a few guest appearances by Karishma Kotak, Geeta Basra and singer Babul Supriyo.