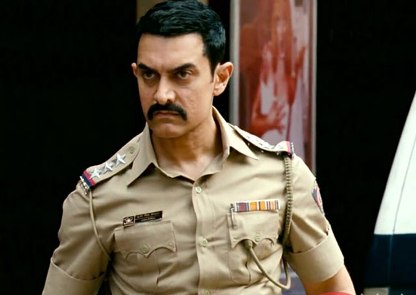 Bollywood star Aamir Khan is known for going his own way when it comes to promoting his movies. Once again the actor has come up with a unique marketing idea as he gears up for his new movie ‘Talaash’.

In the movie the ‘Rang De Basanti’ star will be seen playing the role of a cop who is investigating a mysterious case. The actor has come up with a promotion idea which is based around his character. So as to promote his movie, the actor will meet investigative journalists across the country.

When the marketing team was coming up with ideas, it was the ‘3 Idiots’ actor who suggested this particular idea. People familiar with the movie’s production said that during promotions, the actor wanted to interact with reporters who cover crime, as well  as other investigative journalists, since his character in the movie also handles investigation. The actor wanted to know more about their risky jobs as well.

Reports have further stated that the ‘Ghajini’ actor has always taken keen interest in crime and investigative journalism. Khan thinks that these reporters do a very commendable job in extraordinary and tough circumstances. Aamir will be taking part in a nine-city promotional tour and will also visit Delhi, Pune, Lucknow and Mumbai.