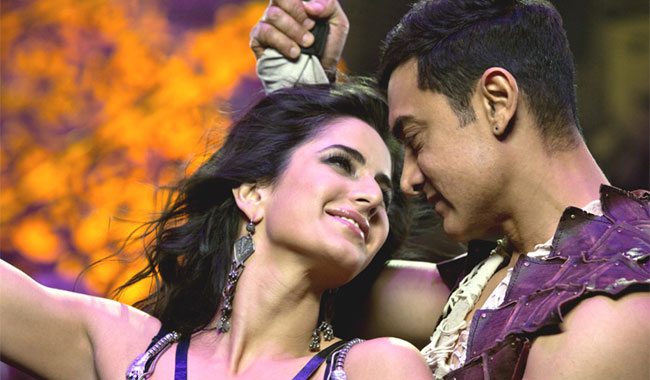 BollywoodGaram.com: As expected, Bollywood flick ‘Dhoom 3’ managed to create history by collecting Rs. 252.70 crore at the box office in India within just two weeks. The movie’s earnings also include collections from its Tamil and Telugu versions.

‘Dhoom 3’ is directed by Vijay Krishna Acharya and was released on December 20, 2013. The Aamir Khan and Katrina Kaif-starrer movie was released in about 4,000 theaters across the country. The cast of the highly popular movie also includes Uday Chopra and Abhishek Bachchan and it was made with a budget of about Rs. 100 crore.

During the first week of the movie’s release, trade experts predicted that ‘Dhoom 3’ will gross Rs. 250 crore in the first two weeks. This is the third movie in the ‘Dhoom’ series which always managed to bring new stars on board in order to make it more interesting for the audience. The earlier movie had Hrithik Roshan as the bad guy and this time around, Aamir entertained the audience with his charm.