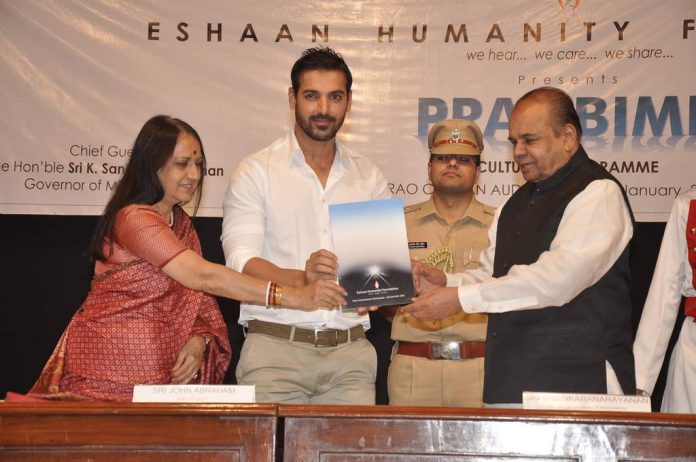 BollywoodGaram.com: Bollywood star John Abraham and K. Sankaranarayanan, the Maharashtra Governor were snapped at the culture event Pratibimb 2014 on January 4, 2014 in Mumbai. The Pratibimb 2014 event was organized by the Eshaan Humanity Foundation in the financial capital.

John was in the news at the beginning of 2014 for his secret marriage with girlfriend Priya Runchal. So far, neither one of them confirmed or denied the marriage reports.