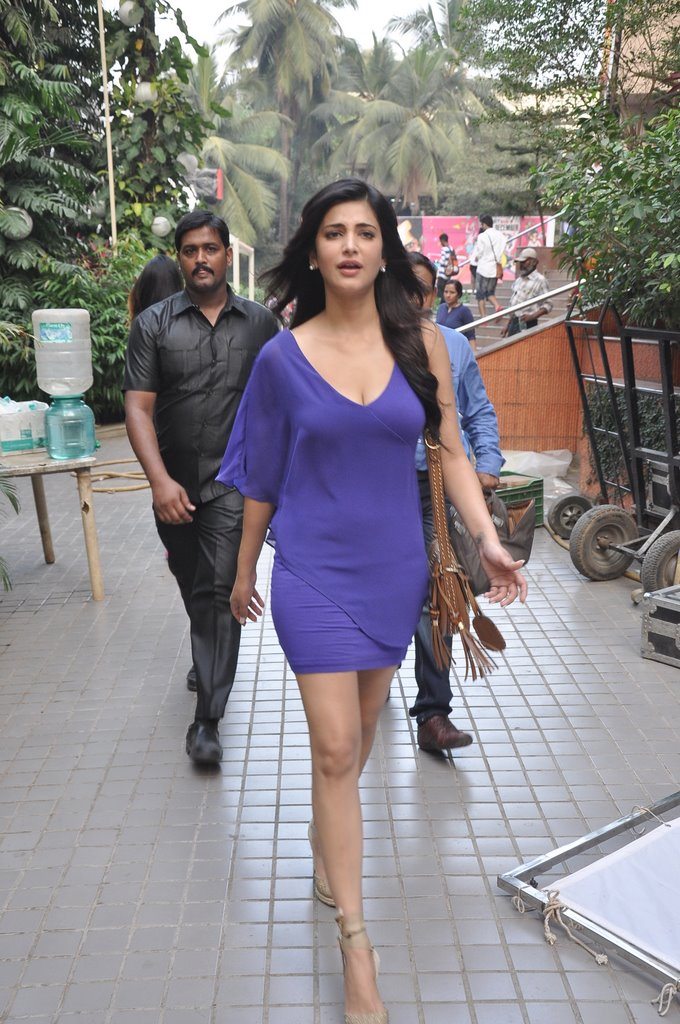 BollywoodGaram.com: South Indian and Bollywood actress Shruti Haasan was recently admitted to a hospital due to abdominal pain. Reports say that the actress had to undergo appendicitis surgery in Hyderabad.

Close friends of the actress revealed that the daughter of Kamal Haasan was shooting for a Telugu movie in the city when she complained of severe stomach pain on January 5, 2014 and was immediately taken to a private hospital in Jubilee Hills area.

After a few tests, the doctors advised the star to immediately undergo an appendectomy. Due to the latest health issue of the actress, all her upcoming shooting schedules have been cancelled, including two Telugu projects which are ready to be released and two Hindi movies. For several months, Shruti has been busy shooting for Hindi, as well as Telugu movies.

Current Bollywood projects of the actress include ‘Welcome Back’ – with co-stars John Abraham and Anil Kapoor – and ‘Gabbar’, which is a remake of the Tamil blockbuster movie ‘Ramana’. In ‘Gabbar’, Shruti will be paired opposite Akshay Kumar. The actress spent the New Year with her father Kamal Haasan in Chennai. The dotting father has been calling her constantly to keep an eye on Shruti’s health. For now, the actress has been advised to rest and not to make any sudden movements for the next ten days.