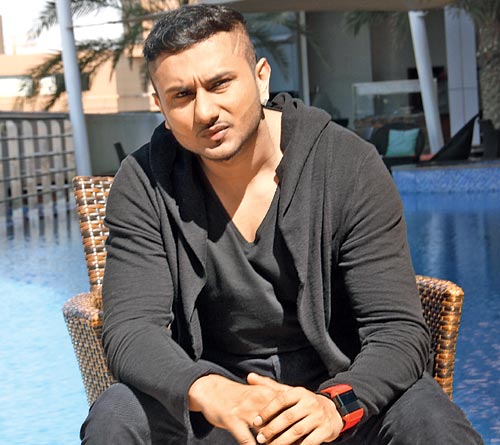 BollywoodGaram.com: Punjabi rapper Yo Yo Honey Singh is one of the most talked about stars in the entertainment industry these days. After shaking a leg with Bollywood superstars Shahrukh Khan and Akshay Kumar, the singer is now ready to groove with hot beauty Sunny Leone.

Sunny and Honey Singh will be teaming up for a video, which will be made especially for her and her appearance in the upcoming horror mystery ‘Ragini MMS 2’. Media reports say that the song will be shot in Mumbai and will feature some edgy beats. The makers of the movie also provided an interesting tagline for the flick, which says, “This winter ‘fear gets sexy’”.

‘Ragini MMS 2’ is a sequel to ‘Ragini MMS’, which was released in 2011 and was based on a true story. The first teaser of ‘Ragini MMS 2’ has already been released and begins with Sunny taking a shower. The teaser then gets hotter as she unzips her top and is seen comforting a girl who suddenly turns into a ghost.

The news of the Honey Singh and Sunny Leone’s song was revealed by Tanuj Garg, the CEO of Balaji Films in a Twitter post. Leone will be seen playing the female lead. The movie will be released on March 21, 2014.