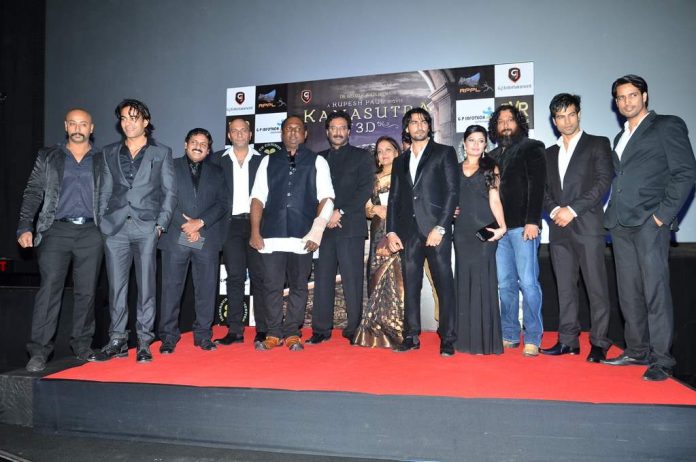 BollywoodGaram.com: The makers of the upcoming movie ‘Kamasutra 3D’ launched a new trailer video at PVR Cinemas in Juhu area in Mumbai on January 13, 2014. The surprising part was that the lead actress, Sherlyn Chopra was not present at the event.

While talking about the casting, director Rupesh Paul said that initially, every girl that he approached rejected the role, but when he met Chopra, she understood the depth of the story and readily accepted the offer.