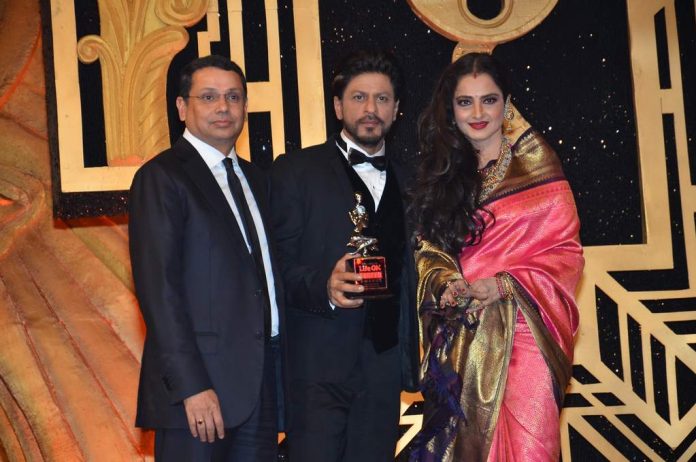 BollywoodGaram.com: Bollywood celebrities gathered to attend the 20th Annual Life OK Screen Awards, which were held at MMRDA Grounds in Mumbai on January 14, 2014. Shahrukh Khan, Deepika Padukone and Varun Dhawan were some of the stars who performed at the mega event.

Superstar Amitabh Bachchan – who arrived with wife Jaya Bachchan and son Abhishek – received the Lifetime Achievement award. The award was presented to Bachchan by some of his long-time contemporaries and close friends from the movie industry, like filmmaker Vidhu Vinod Chopra and Shatrughan Sinha. As usual, the megastar shared his thoughts on the honor on social networking sites.