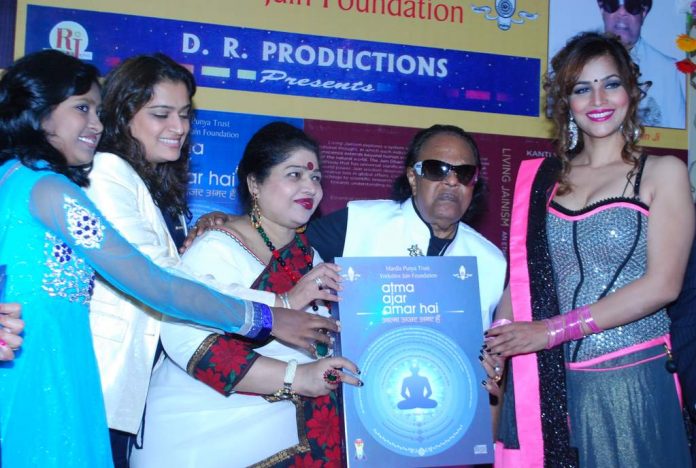 BollywoodGaram.com: Indian music composer and lyricist Ravindra Jain released the new album – titled ‘Atma Ajar’ – at an event which was held at Raheja classic club in Andheri West on January 14, 2014. The new album has been written, composed and sung by Jain and is based on the Jains’ four noble truths, formulated by Kanti V Mardia. Mardia – who is a professor at Oxford in the UK – released his book ‘Living Jainism’ at the same event.

Mardia attended the event with his wife, Pavan Mardia. The album was released by Divya Jain, the owner of D R productions.

The event was also attended by the South actress Tanisha Singh, along with Ekta Jain, Dharmesh Tiwari and child singer Sanchiti Sakat.