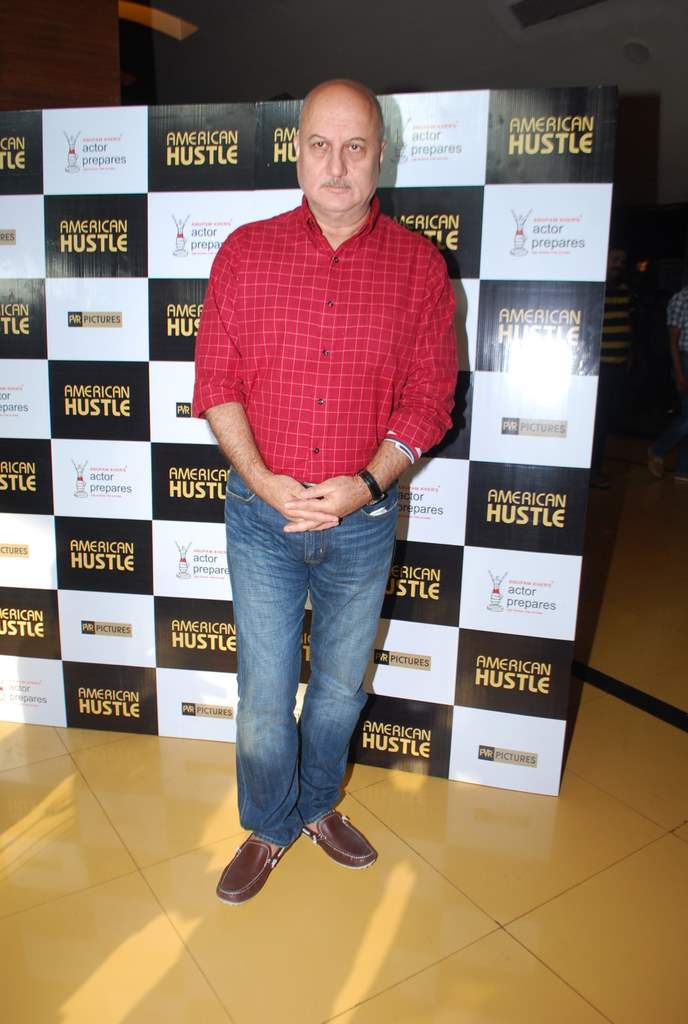 BollywoodGaram.com: Bollywood actor Anupam Kher was snapped at the special screening of ‘American Hustle’, which was held at Cinemax in Mumbai on January 14, 2014. ‘American Hustle’ is a 2013 American comedy drama directed by David O. Russell, from a screenplay written by Eric Warren Singer and Russell.

During the special screening, Kher said that he was very lucky to have been able to work with a director like David O. Russell in his other movie, ‘Silver Linings Playbook’. Kher went on to say that ‘American Hustle’ features some incredible performances and two actresses – Jennifer Lawrence and Amy Adams – have won the Golden Globe awards.