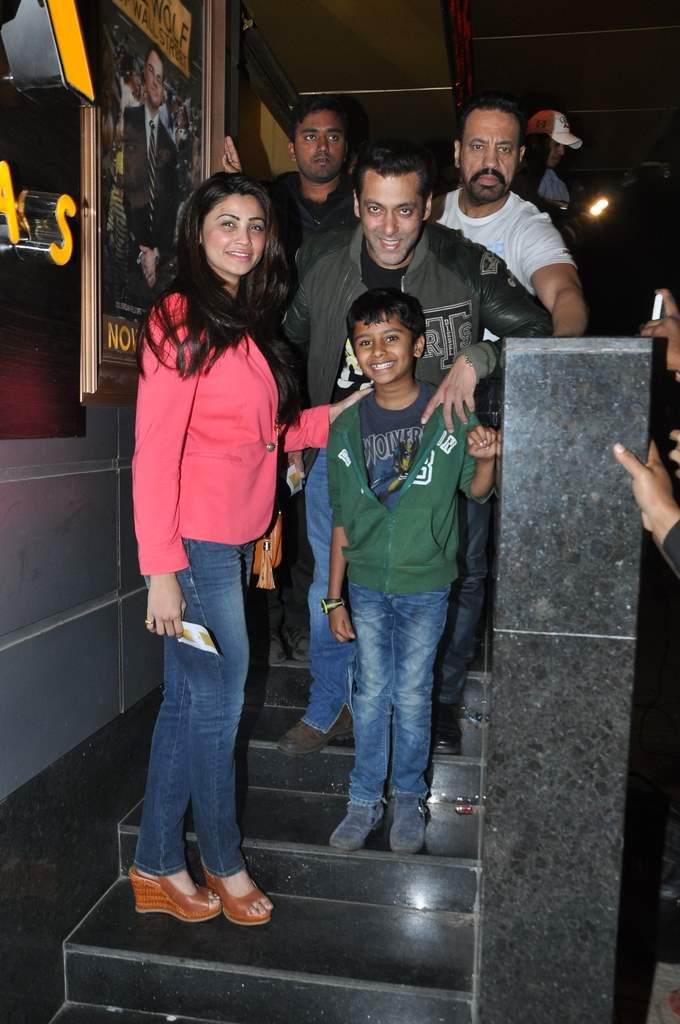 BollywoodGaram.com: Bollywood actor Salman Khan, his co-star Daisy Shah and Sana Khan were snapped at PVR Cinemas in Juhu in Mumbai on January 15, 2014, as they came to watch the 3D version of the classic hit ‘Sholay’. While interacting with the media, Khan said that they came to watch ‘Sholay 3D’.

Salman and Daisy are eagerly awaiting for the upcoming release of the movie ‘Jai Ho’, which also stars Tabu. The movie is directed by Sohail Khan and is a remake of the Telugu movie ‘Stalin’. The makers of the movie are busy promoting the flick by appearing on all major TV shows in the country.

The actors appeared on the popular TV show ‘Comedy Nights With Kapil’ and ‘Dance India Dance’. ‘Jai Ho’ will hit the theaters on January 24, 2014.