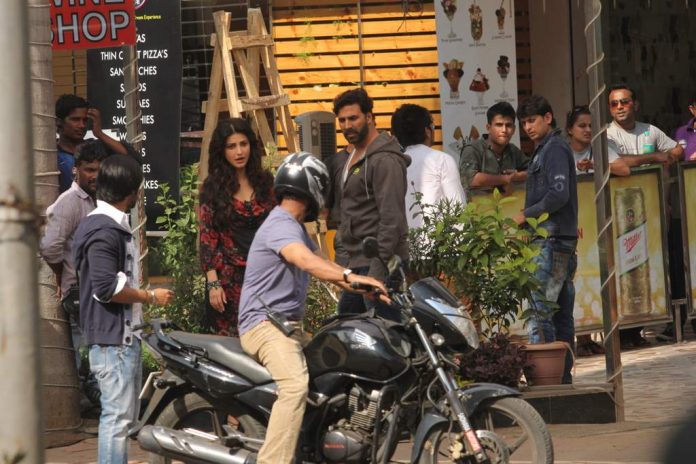 BollywoodGaram.com: Indian actors Shruti Haasan and Akshay Kumar were snapped on the sets of their movie ‘Gabbar’. The upcoming flick is produced by Sanjay Leela Bhansali and Viacom 18 Motion Pictures. Akshay and Shruti play the lead role in the flick.

The movie also features Sonu Sood, Prakash Raj and Sunil Grover, who will be seen in supporting roles. There are reports that Kareena Kapoor might be seen in a cameo appearance. The shoot of the movie – which is an official remake of the Tamil movie ‘Ramana’ – began in 2014 and it is expected to be released on December 25, 2014.

In the flick, Akshay will be seen creating his own anti-corruption force.