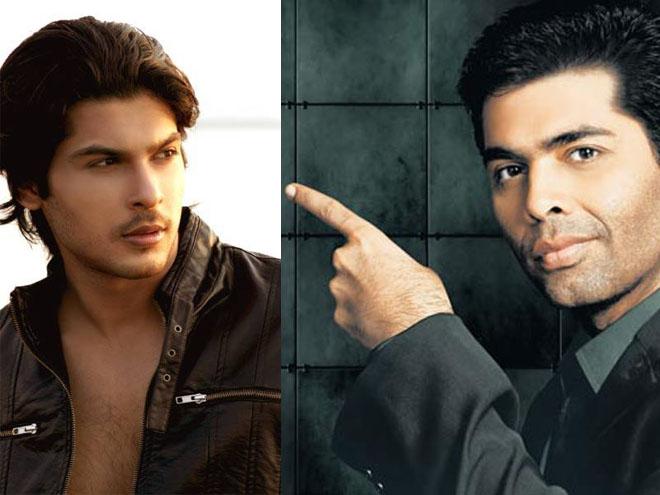 BollywoodGaram.com: After becoming a popular name in the world of television, actor Siddharth Shukla is now all set to take over Bollywood. The actor has recently signed a three-movie contract with Karan Johar and will be seen in the upcoming movie ‘Humpty Sharma Ki Dulhaniya’.

Siddharth is best known for his role in ‘Balika Vadhu’ and has now signed on to do three movies with Karan’s production house. Besides acting, Siddharth was also one of the contestants on the dance reality show ‘Jhalak Dikhla Jaa’, where Karan served as one of the judges. Shashank Khaitan will be the director of ‘Humpty Sharma Ki Dulhaniya’ and both him and Karan were impressed with Siddharth.

Johar said, “Siddharth has been signed up for the film. He is a talented actor and a rage in ‘Balika Vadhu’. Dharma Productions plans to continue its professional equation with him”. It has been decided that the actor will be making his Bollywood debut with the movie which stars Varun Dhawan and Alia Bhatt in the lead roles.

Siddharth will also be playing an important role in the movie. Shukla was previously seen as ‘Veer’ in ‘Jaane Pehchanne Se Ye Ajnanni’ on Star One, as well as in the movie ‘Shubh’ in Babul Ka Aangann Chootey Na’ on Sony TV.