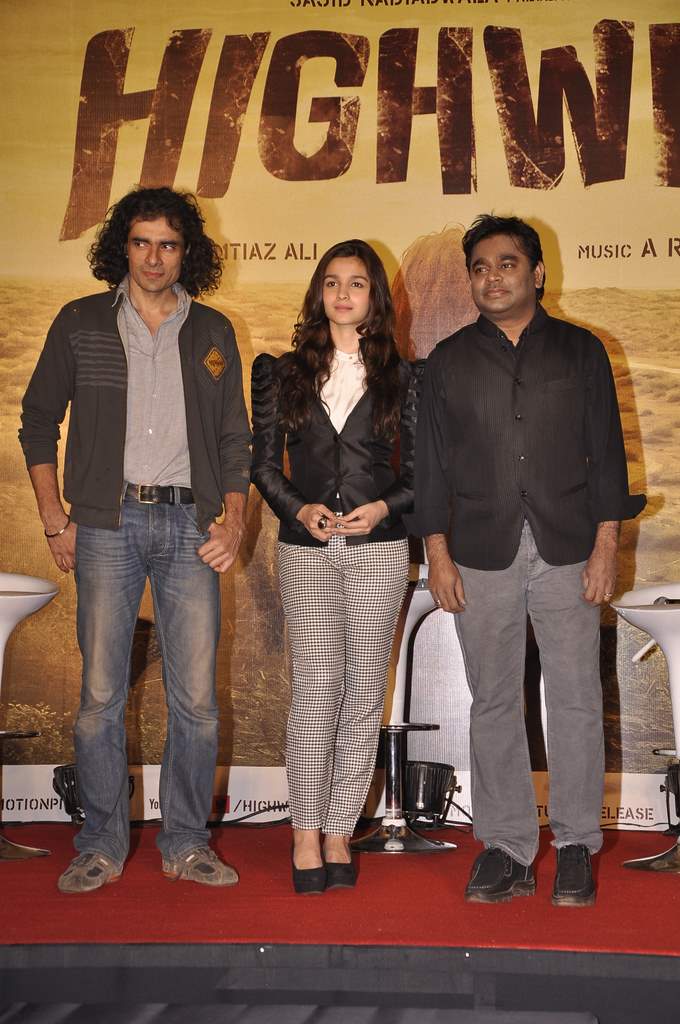 BollywoodGaram.com: The makers of ‘Highway’ launched the upcoming movie’s music during an event which was held at Taj Lands End in Mumbai on January 18, 2014. The launch event was attended by the Oscar-winning composer A. R. Rahman, actress Alia Bhatt and director Imtiaz Ali.

One of the surprises at the event was that Alia did not just act in the flick, but has also sung one of the songs which have been composed by Rahman. The composer insisted that the actress should sing a soulful lullaby ‘Sooha Saha Zeb Bangash’. Imtiaz informed Rahman that Alia has a good voice, but he did not believe him then. Alia then learned the song and sang it for him, after which he was pretty impressed by the young actress.

The movie also has Randeep Hooda and will hit the theaters on February 21, 2014.