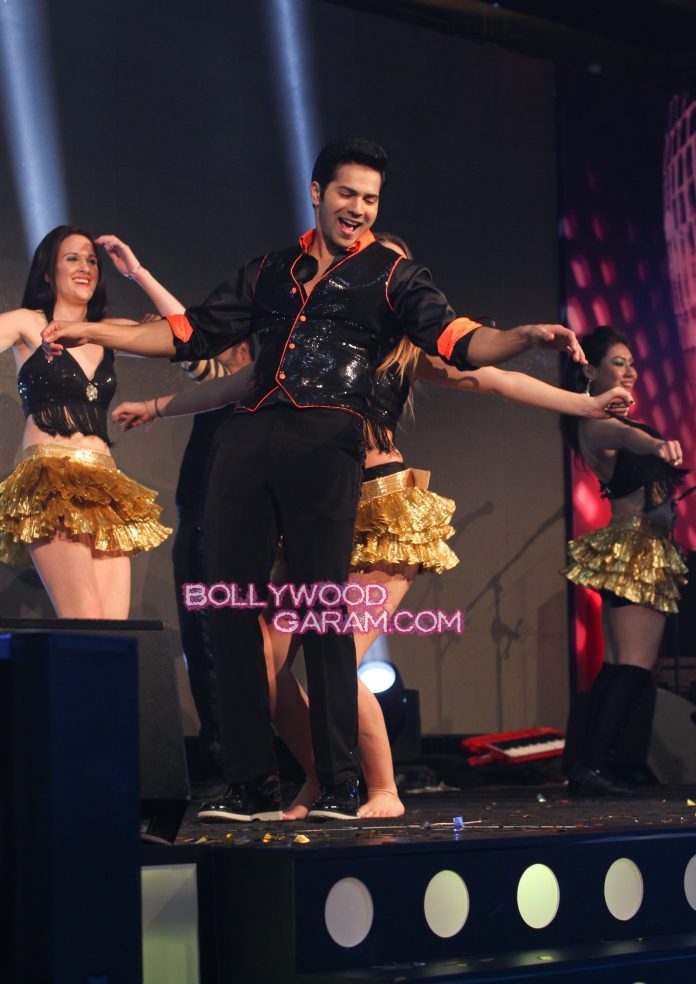 The movie’s poster shows a frightened Varun and what has managed to scare the main here will be revealed in the upcoming trailer video. The movie seems to be a laugh riot, but the poster features only Varun. ‘Main Tera Hero’ is expected to be one of the biggest entertainers of 2014.

This is the first time that the comedy king David Dhawan will be seen teaming up with his son Varun. The movie will be the actor’s second, after he made his debut with the flick ‘Student of The Year’, opposite Alia Bhatt and Sidharth Malhotra. ‘Main Tera Hero’ is directed by David Dhawan, produced by Balaji Motion Pictures and it will be released on April 4, 2014.

Apart from being an actor, Dhawan also worked as an assistant to Karan Johar for the movie ’My Name Is Khan’ in 2010.