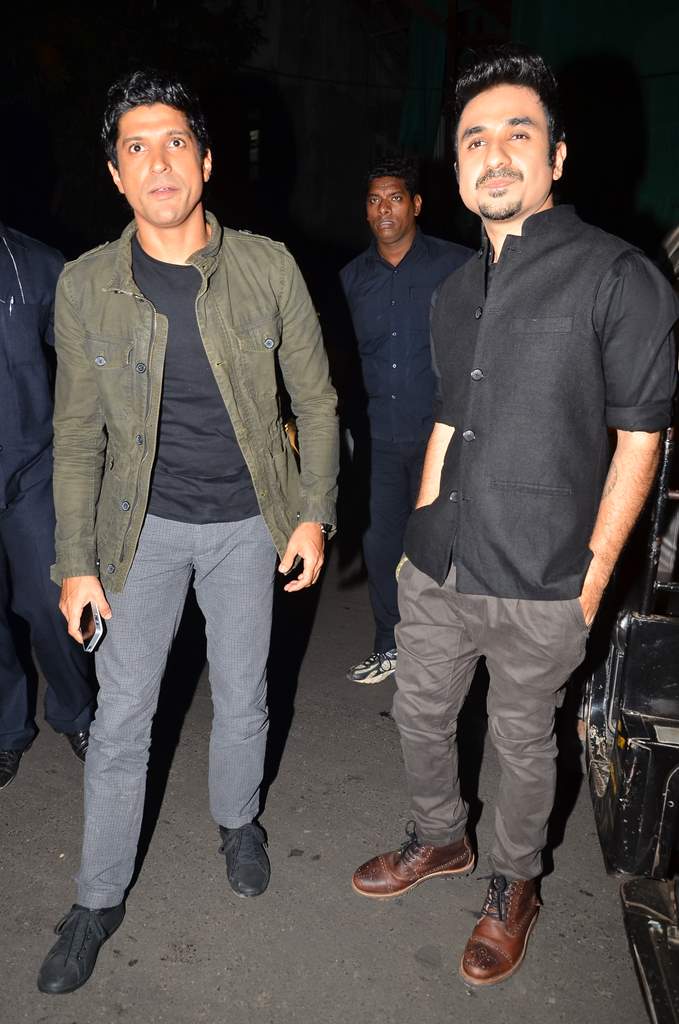 BollywoodGaram.com: Promotions of the upcoming, highly-anticipated romantic drama ‘Shaadi Ke Side Effects’ have begun and Bollywood actors Farhan Akhtar and Vir Das attended a promotional event which was held in Mumbai on January 21, 2014.

The movie also stars Vidya Balan and is a sequel to ‘Pyaar Ke Side Effects’, which was released in 2006 and had Mallika Sherawat and Rahul Bose. ‘Shaadi Ke Side Effects’ is directed by Saket Chaudhary and also features Ram Kapoor, Gautami Kapoor and Purab Kohli. The movie is about a young couple who struggle to find love after their marriage.

The makers of the flick have shown the bad side of married couples in a hilarious way.