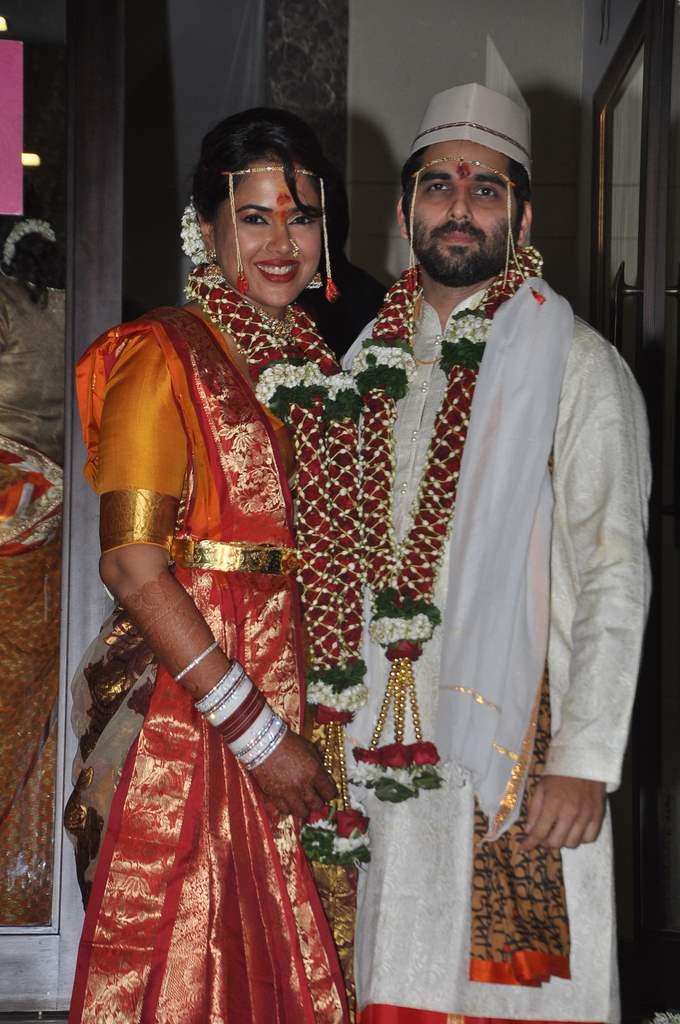 BollywoodGaram.com: Indian actress Sameera Reddy married her beau Akshai Varde at her residence in Bandra, Mumbai on January 21, 2014. The actress previously disclosed that she will get married in April 2014.

Sameera’s husband has his own company which builds custom-made bikes. The ‘Musafir’ actress is fond of bikes and her attraction towards them also drew her towards Varde. While talking to the media, the actress said that Akshai is everything that she wanted in her man. The gorgeous star also shared that their families are extremely happy and that she could not have asked for more.

During their media appearance, Sameera and Akshai were seen in Maharashtrian outfits, which hinted that they got married according to Maharashtrian rituals.