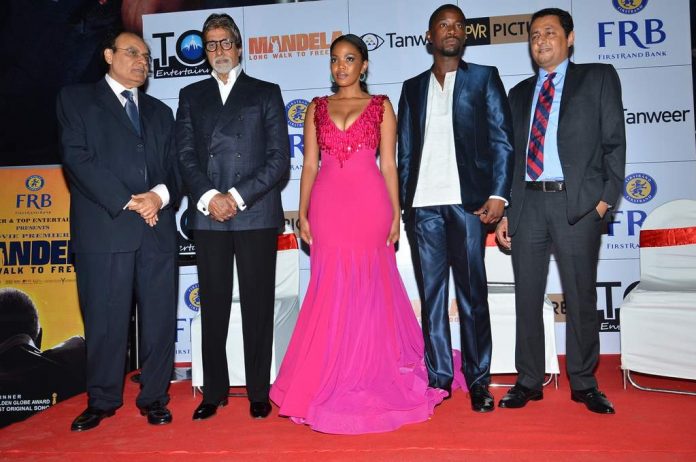 BollywoodGaram.com: Bollywood superstar Amitabh Bachchan was snapped attending the premiere of ‘Mandela: Long Walk To Freedom’ with South African actors Atandwa Kani and Terry Pheto at PVR Cinemas in Juhu area in Mumbai on January 22, 2014. The movie is a British/South African biographical flick directed by Justin Chadwick, from a script which is written by William Nicholson and stars Idris Elba and Naomie Harris.

Amitabh mentioned the movie on his blog and wrote, “Mandela the movie produced by dear friend Anant Singh from SAf, and he and his team solely responsible through the kindness of Mr Mandela to give us the permission to bring the very first Concert to SAf, at a time when apartheid was just on its way out.”

The movie was screened at the White House for the US president Barrack Obama, as well as for Prince William and Catherine, the Duchess of Cambridge.