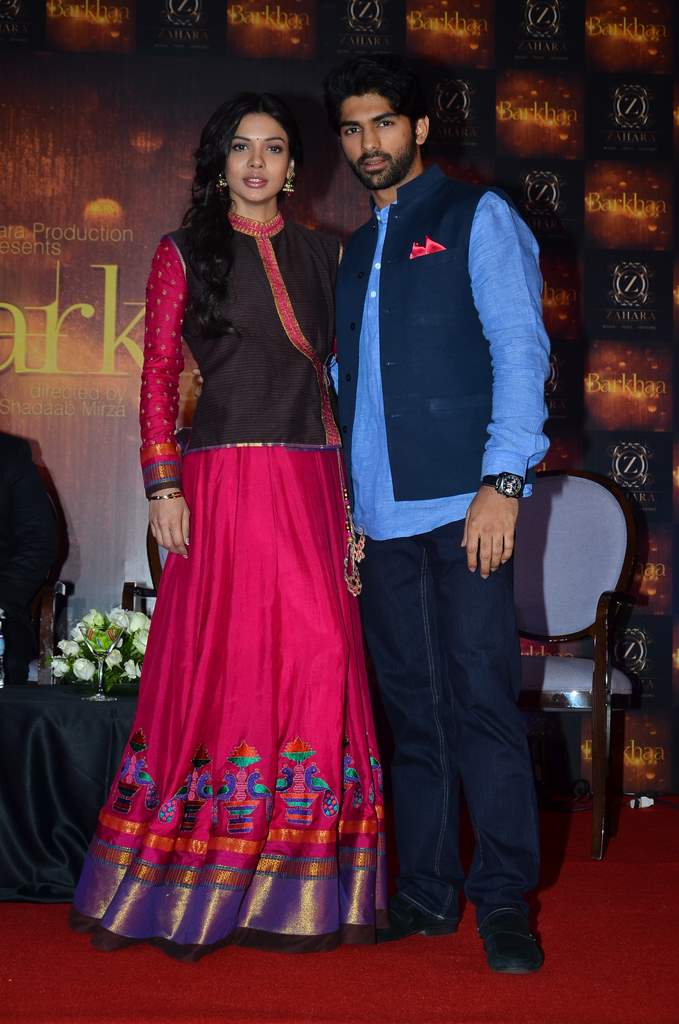 BollywoodGaram.com: Indian stars Sonu Nigam, Taaha Shah and Sara Loren attended the launch event of their movie ‘Barkha’ in Mumbai on January 22, 2014. The movie is produced by Zahara Productions.

Sonu Nigam is one of the singers in the flick. The singer said that he will be singing a song in the movie and that he was supposed to record it the day before. Since Sonu was not feeling well, the song could not be recorded, otherwise the audience would have been able to hear it during the launch.

While talking about the movie, Loren said that she fell in love with the script right away, as it was very strong.