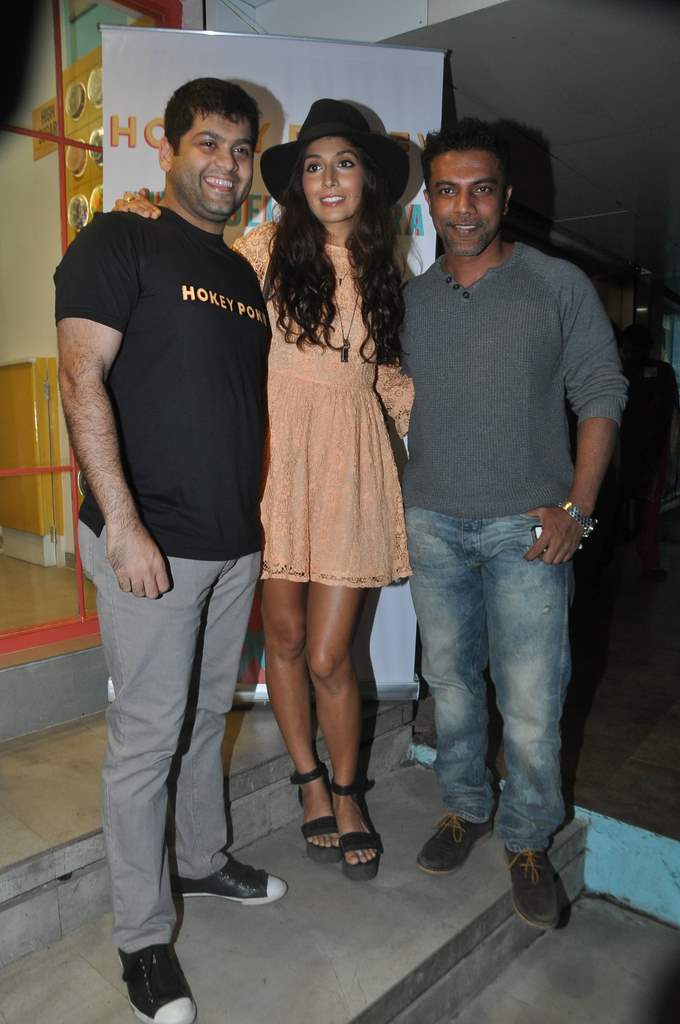 BollywoodGaram.com: Celebrity photographer Subi Samuel and Monica Dogra were snapped attending the launch event for the new outlet of Hokey Pokey Ice Creams. The latest outlet of the popular ice cream store has been opened at Carter Road in Bandra on January 22, 2014.

Hokey pokey ice cream is actually a flavor of ice cream in Australia and New Zealand. It consists of plain vanilla ice cream with solid lumps of honeycomb toffee.