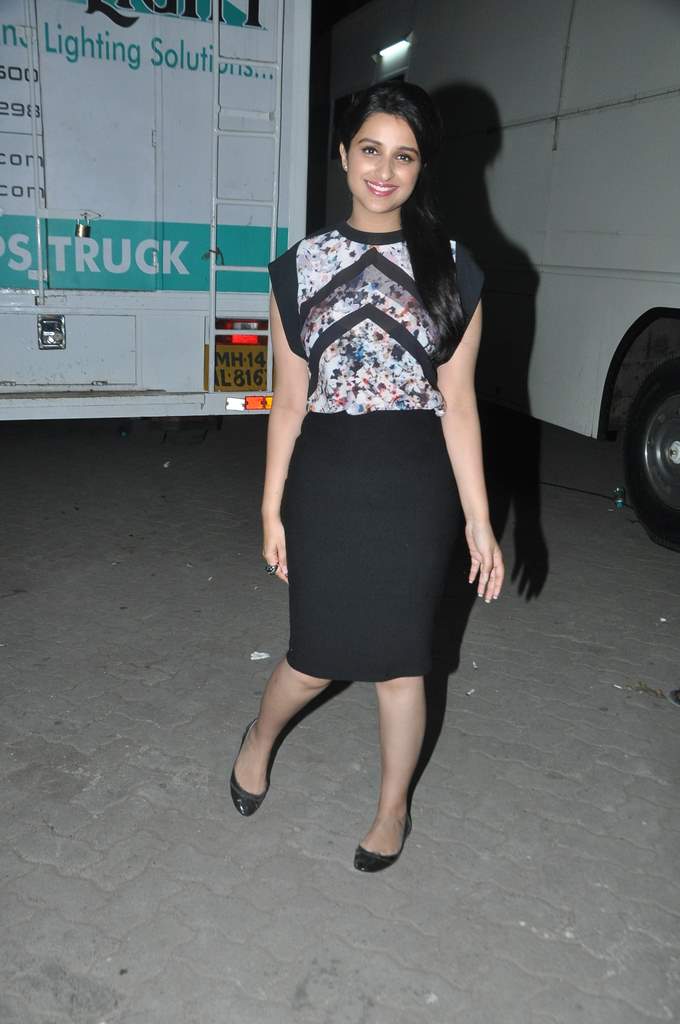 BollywoodGaram.com: The main stars of ‘Hasee Toh Phasee’ – Sidharth Malhotra and Parineeti Chopra – are very busy these days promoting the upcoming movie on various shows and at events. Parineeti and Sidharth were snapped at Mehboob Studios in Mumbai on January 22, 2014.

The upcoming romantic comedy is directed by Vinil Mathew and is produced by Karan Johar and Anurag Kashyap. The movie also features Adah Sharma, Bobby Darling in a song and Karan Johar in a special appearance. The music has been composed by Vishal and Shekhar and the lyrics have been written by Amitabh Bhattacharya and Kumaar.

Songs from the movie have been leaked online before the official release.