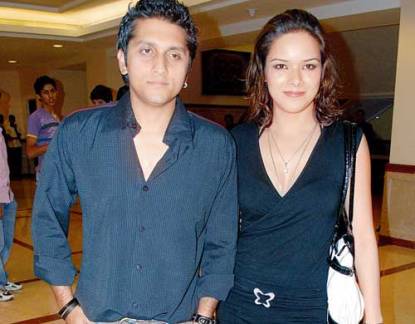 BollywoodGaram.com: Filmmaker Mohit Suri and Udita Goswami are all set to celebrate their first wedding anniversary on January 29, 2014. The couple got married in 2013, but could not go on their honeymoon at the time as the filmmaker was busy with his much-awaited movie ‘Ashiqui 2’.

Udita and Mohit were in a relationship for 9 years before they were married. Following their wedding, Suri was busy with pre-production work, in addition to planning his upcoming movie ‘The Villian’, starring Sidharth Malhotra, Shraddha Kapoor and Riteish Deshmukh. This was the reason why the newlywed couple could not plan their honeymoon after the wedding.

As the biggest part of the project has been completed, Suri has planned a week-long escape to Thailand with his love Udita. The couple will be leaving this weekend for their romantic holiday in the picturesque locations of Thailand.

Goswami started her career as a model and worked for brands like Pepsi, Titan Watches and Nokia, among others. She then jumped into acting and made her debut in 2003 in ‘Paap’ by Pooja Bhatt. Udita’s next movie was ‘Zeher’ opposite Emraan Hashmi and Shamita Shetty. Her role in the movie helped her to become a popular face in Bollywood.