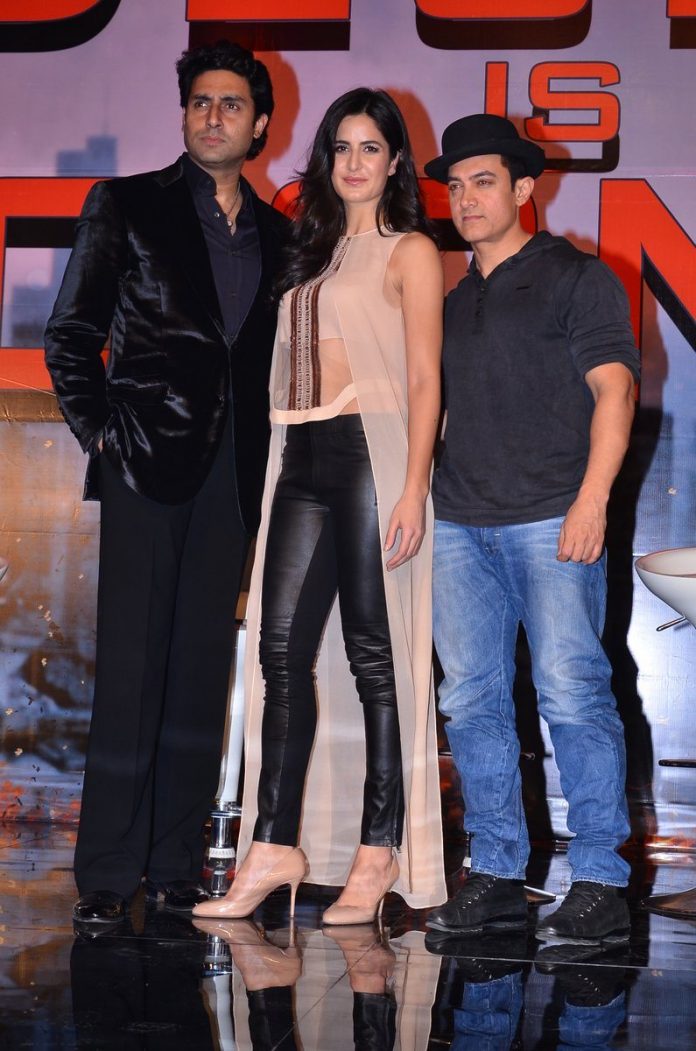 BollywoodGaram.com: Following the massive success of the Aamir Khan and Katrina Kaif starrer movie ‘Dhoom 3’ when it comes to box office collections, producer Aditya Chopra is in a celebratory mood. Sources from the production house have confirmed that ‘Dhoom 3’ has broken all records in Indian cinema and has set brand new standards.

Chopra is planning to celebrate the flick’s massive success by hosting a party at the Yash Raj Films terrace lounge. This will be the first time that a production house will host a party for the success of its movie. The bash will be attended by the entire cast and crew, in addition to Aditya’s family and close friends.

The producer already personally invited all guests and Aamir has also reached out to his friends. The movie ‘Dhoom 3’ stars Aamir Khan, Katrina Kaif, Abhishek Bachchan and Uday Chopra. It has been directed by Vijay Krishna Acharya and is the third installment in the ‘Dhoom’ series.

The movie became the biggest hit of 2013 and broke several box office records on its opening day. ‘Dhoom 3’ grossed US $26.64 million worldwide and also broke the record of ‘3 Idiots’, which is another Aamir Khan starrer movie. Box Office India declared the movie All-Time Blockbuster.