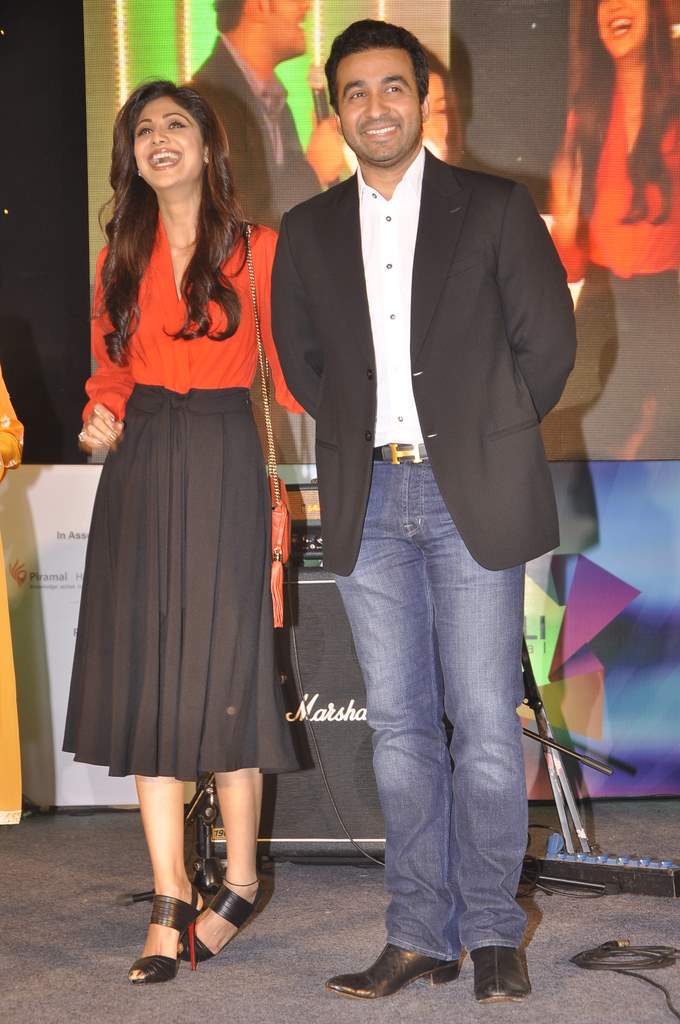 BollywoodGaram.com: Indian actress Shilpa Shetty and husband Raj Kundra were snapped attending the Worli Festival 2014 in Mumbai on Saturday, January 25, 2014. Shetty looked pretty at the event, dressed in a red and black outfit.

The ‘Dhadkan’ actress during the event said, “The Worli Festival brings together different people from different places and I just love the spirit here. The energy is so vibrant.” The three-day festival was launched on January 24, 2014 and concluded on January 26, 2014.

The festival featured a number of performances and artists across the Worli Sea and RWITC. Highlights of the event in 2014 were Mumbai Vision 2020, Entertainment, The Worli Short Film Festival and The Republic Day Colour Run.