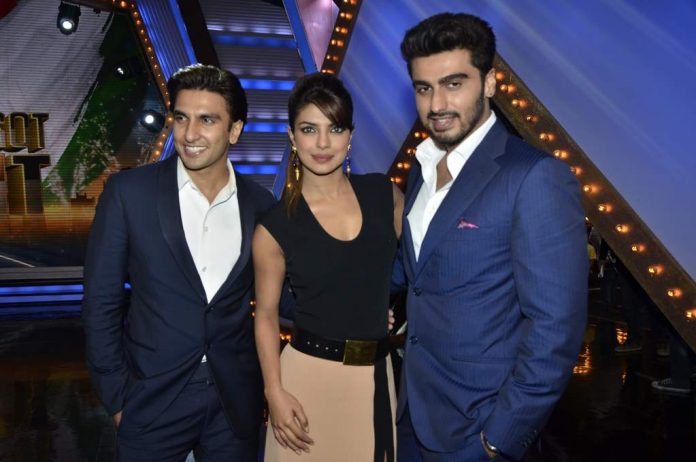 BollywoodGaram.com: The cast of the upcoming movie ‘Gunday’ – Priyanka Chopra, Ranveer Singh and Arjun Kapoor – were snapped on the sets of the popular reality show ‘India’s Got Talent’ at Filmcity in Mumbai on January 25, 2014. The three stars promoted their new flick ‘Gunday’, which will hit theaters on February 14, 2014.

The show is judged by Kiron Kher, Karan Johar and Malaika Arora. Ranveer and Arjun will be seen playing the roles of Bikram and Bala in ‘Gunday’, respectively. The story is about two guys who live in Calcutta as gun carriers, after which they get into coal smuggling.

Bikram and Bala fall in love with Nandita, played by Priyanka Chopra. Chopra will be seen playing the role of a cabaret dancer in the upcoming movie.