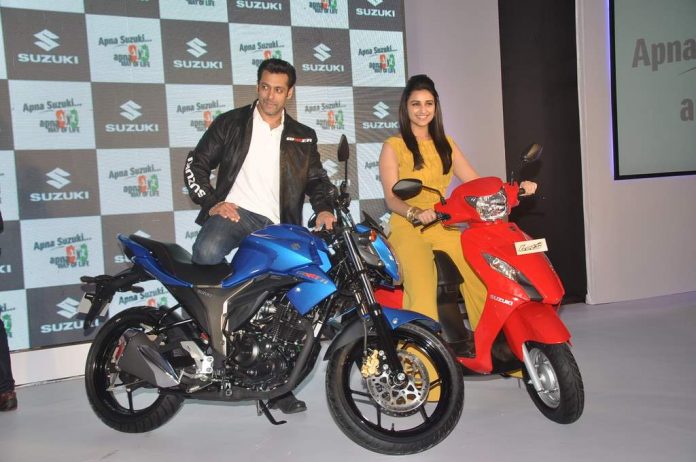 BollywoodGaram.com: Brand ambassadors for Suzuki – Salman Khan and Parineeti Chopra – launched the company’s new scooter and motorcycle on January 27, 2014. During the launch event, Salman and Parineeti were seen having fun with the new bikes on stage.

During the event, Chopra said that she has been hearing about the brand for years and feels honored to be chosen as the brand ambassador at such an early stage of her career. The ‘Ishaqzaade’ actress went on to say that she hopes she will bring something to the Suzuki family.

Salman has been associated with the brand for two years. Suzuki launched the new vehicles in order to increase its market share in India.