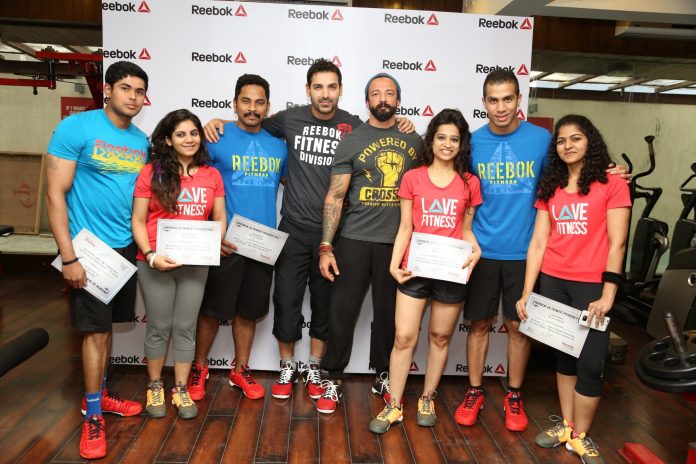 BollywoodGaram.com: Bollywood star and well-known fitness enthusiast John Abraham inaugurated the Ultimate Fitness Fan campaign started by Reebok India on January 30, 2014. During the event, Abraham congratulated the six winners of the campaign who got the chance to work out with one of the fittest stars in India.

The producer of ‘Vicky Donor’ said that he hopes that the winners of the campaign encourage more people to exercise regularly.