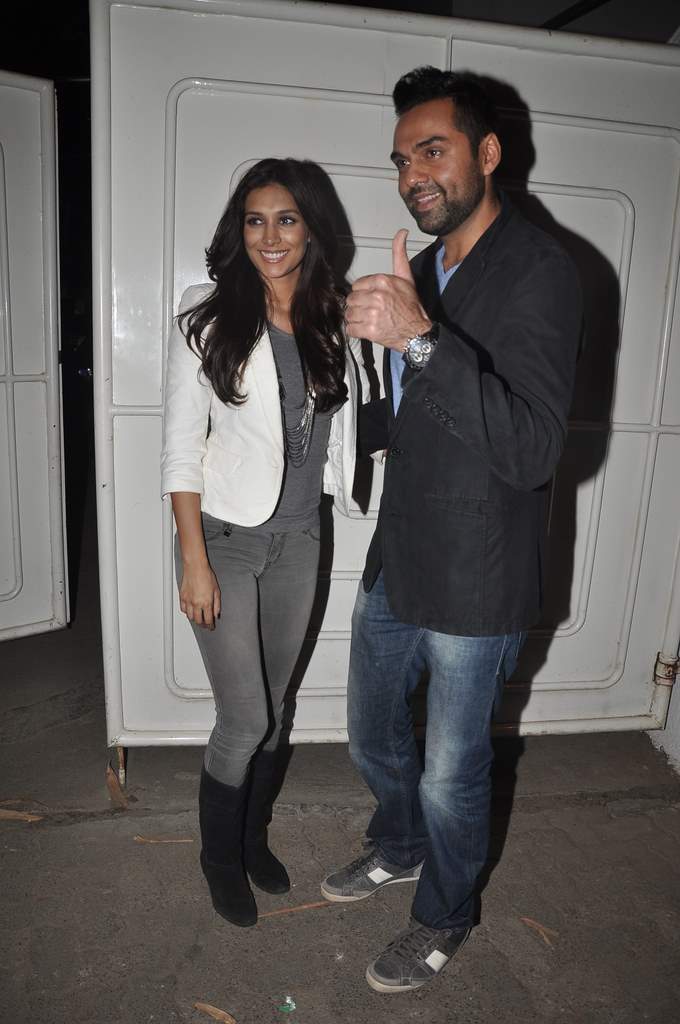 BollywoodGaram.com: Bollywood celebrities – Varun Dhawan, Abhay Deol, Preeti Desai, Ajay Jadeja and Tina – attended the special screening of the upcoming movie ‘One By Two’ on January 29, 2014. ‘One By Two’ is an upcoming Hindi comedy which stars Abhay Deol and Preeti Desai in the lead roles.

The makers of the movie are crossing their fingers and hoping for some good results at the box office as ‘One By Two’ is all set to hit the theaters on January 31, 2014. The story of the movie is about Amit and Samara who meet each other while living in Mumbai. Popular Bollywood composing trio Shankar-Ehsaan-Loy came up with the music for the flick.