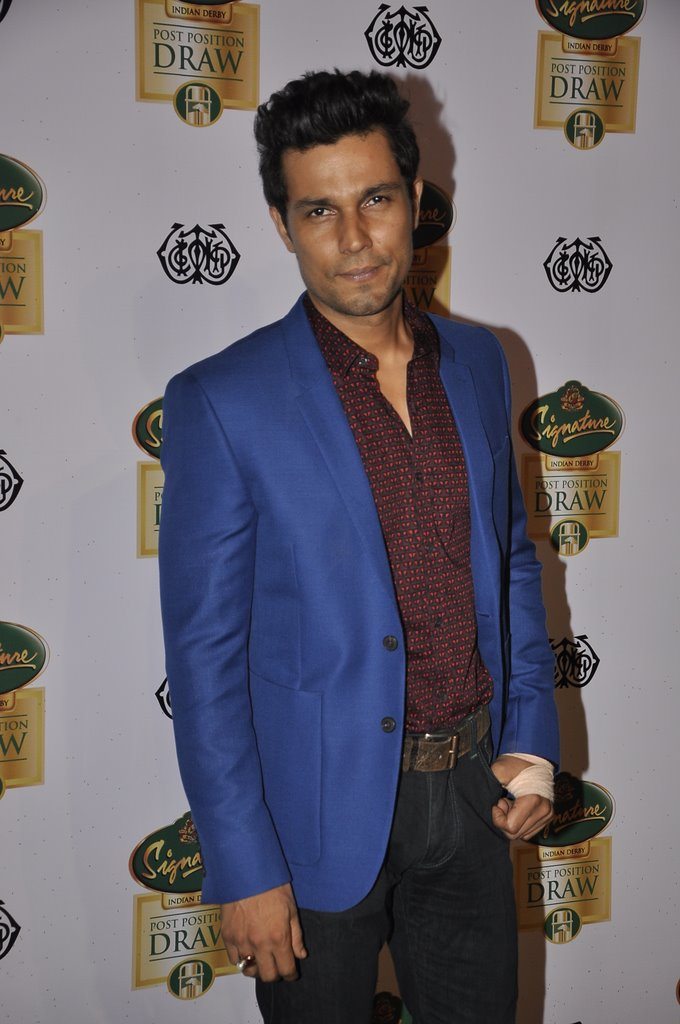 BollywoodGaram.com: Indian actor Randeep Hooda was snapped at the Post Position Draw. The event was hosted by McDowell Signature Indian Derby 2014 in Mumbai on January 30, 2014.

While talking about Imtiaz, Hooda said that he is a Sufi artist kind of filmmaker, but has diligence of a school boy.