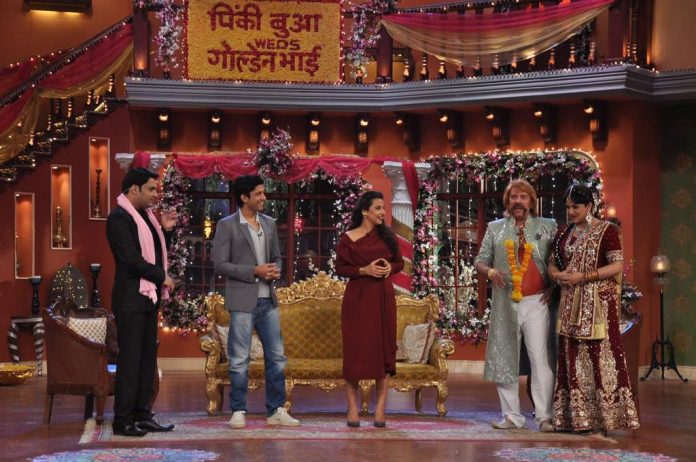 Farhan recently spoke highly of his co-star Vidya Balan and shared that it was great working with her and that she is a great actress. Going by the pictures of the promotions, it seems like Farhan and Vidya had a great time on the sets with the show’s host Kapil and other characters.

Farhan was dressed casually for the promotional appearance, while Vidya was seen in a maroon-colored dress.