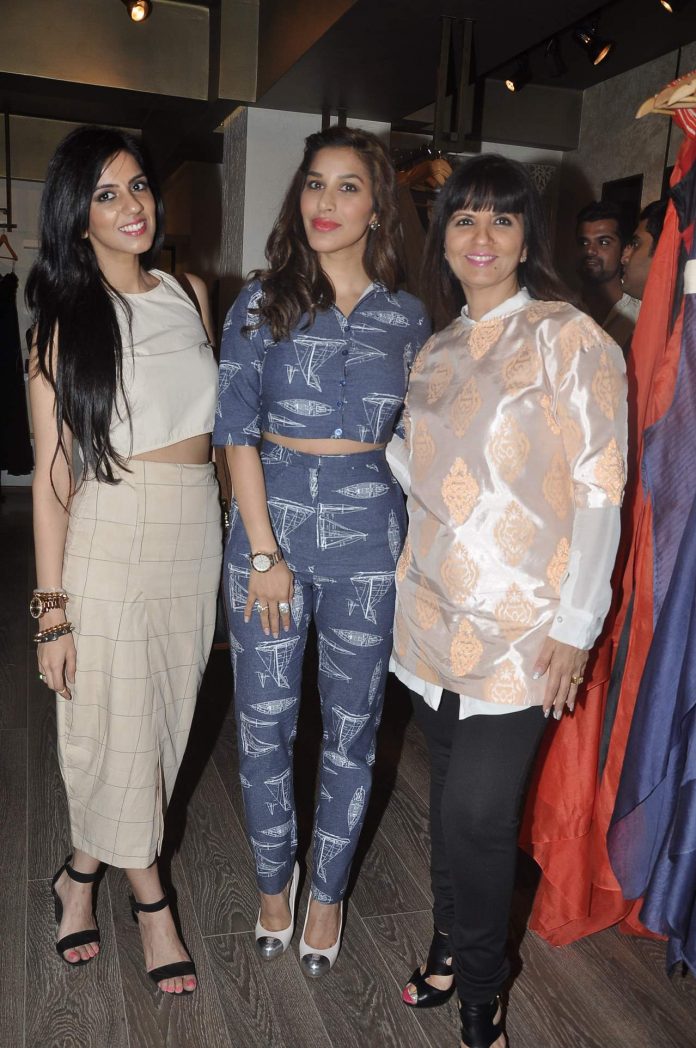 BollywoodGaram.com: Indian singer and actress Sophie Choudry was present at Atosa store of Nishka Lulla in Mumbai on February 13, 2014. While at the store, the actress was seen trying on a sailboat-print outfit with sleek silhouettes.

The fashion store was previewing the new summer collection, which has various fun prints, perfect for the upcoming summer. While talking about her collection, Nishka said that it can be described as fun, chic and wearable. Choudry tried one of the new designs which made her look cool and trendy.

The preview was also attended by Nishka’s designer mother Neeta Lulla, who is known for her bridal designs.