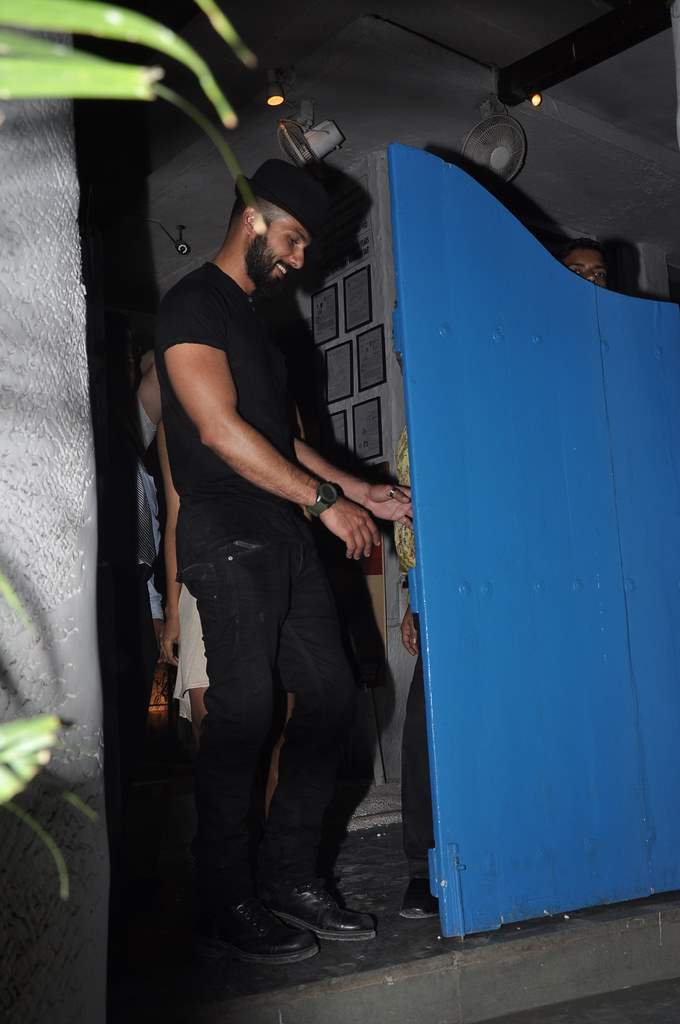 BollywoodGaram.com: Actors Shahid Kapoor and Abhay Deol were snapped at the Olive Bar and Kitchen in Bandra area in Mumbai. The two stars were attending a party and Shahid was seen wearing a hat and seemed almost bald. Reports say that Kapoor’s current look is for his upcoming movie ‘Haider’.

Shahid was also seen with a full-grown beard, which might also be part of his look for the movie. ‘Haider’ is an upcoming Bollywood movie which also stars Shraddha Kapoor, Tabu and Irrfan Khan in a guest appearance.

The movie will be released on September 12, 2014. Reports say that the movie is based on the William Shakespeare’s book ‘Hamlet’ and will be directed by Vishal Bhardwaj.