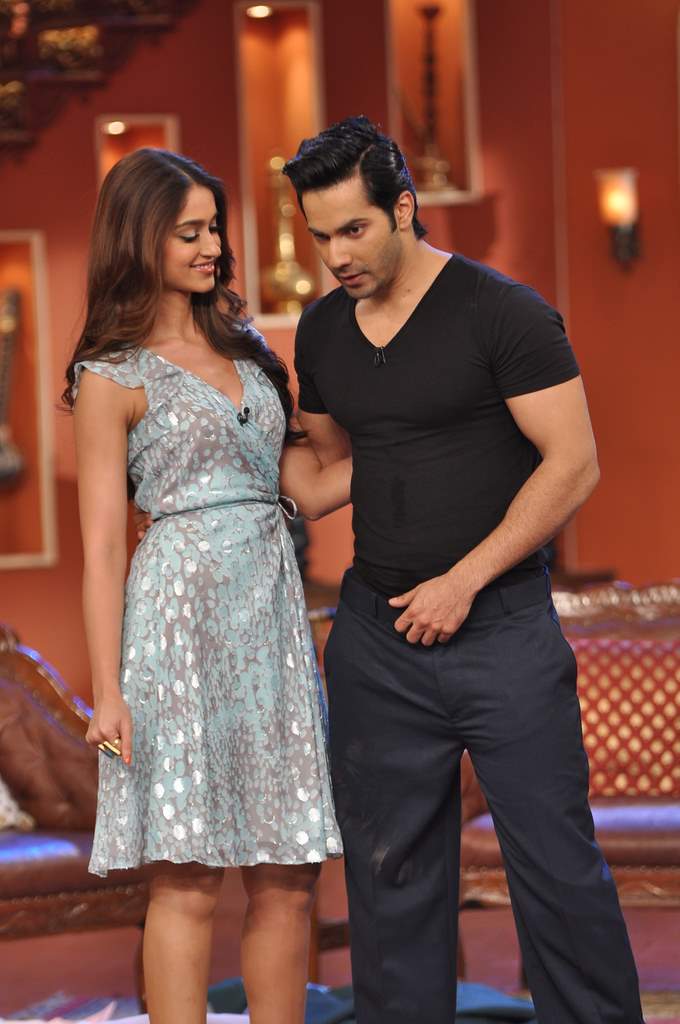 BollywoodGaram.com: Hot on-screen couple Varun Dhawan and Ileana D’Cruz visited the sets of the popular show ‘Comedy Nights With Kapil’ in order to promote their upcoming movie ‘Main Tera Hero’. The two stars had a great time on the show with all the characters and the host Kapil Sharma.

Varun wore a fake belly on the show and looked like an old man and copied his filmmaker father David Dhawan. The filmmaker’s son also showed his funny side and cracked a few jokes and entertained the audience.