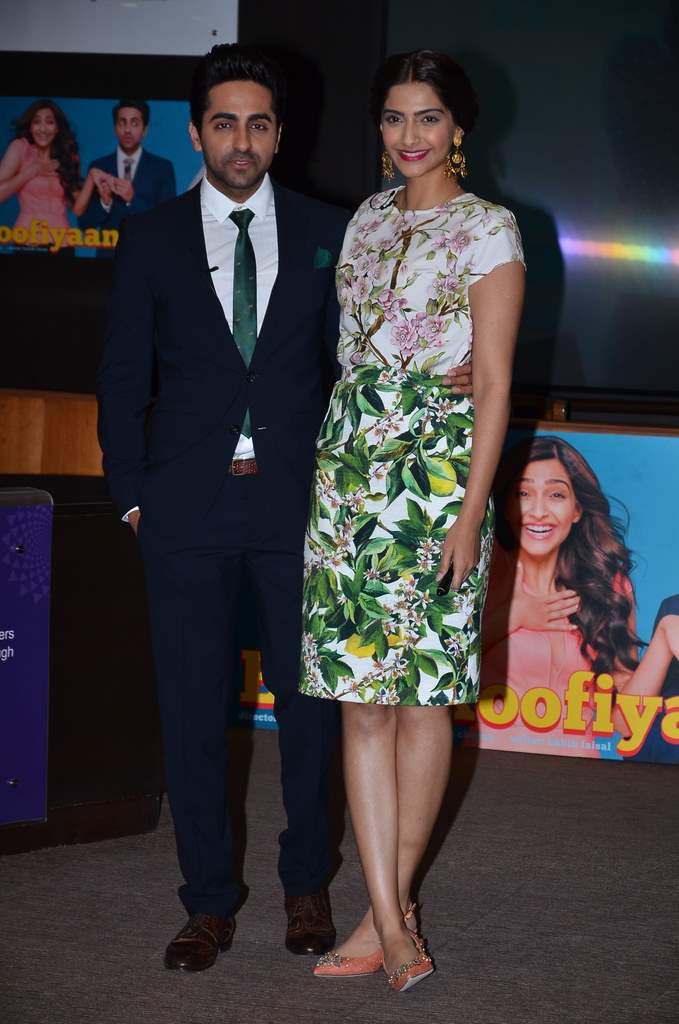 BollywoodGaram.com: Indian actors Sonam Kapoor and Ayushmann Khurana promoted their upcoming movie ‘Bewakoofiyaan’ at the Welingkar Institute in Mumbai. For the event, Ayushmann looked classy in a suit, while Sonam looked pretty in a Dolce & Gabbana floral dress.

The upcoming movie also stars Rishi Kapoor in an important role. The trailer video of the movie has indicated that the flick will be a funny and entertaining one. In the movie, Rishi will be seen playing the role of a strict father to Sonam’s character. ‘Bewakoofiyaan is directed by Nupur Asthana and is written by Habib Faisal .

The move is all set to be released on March 14, 2014. The lead characters in the movie – played by Ayushmann and Sonam – are madly in love with each other.