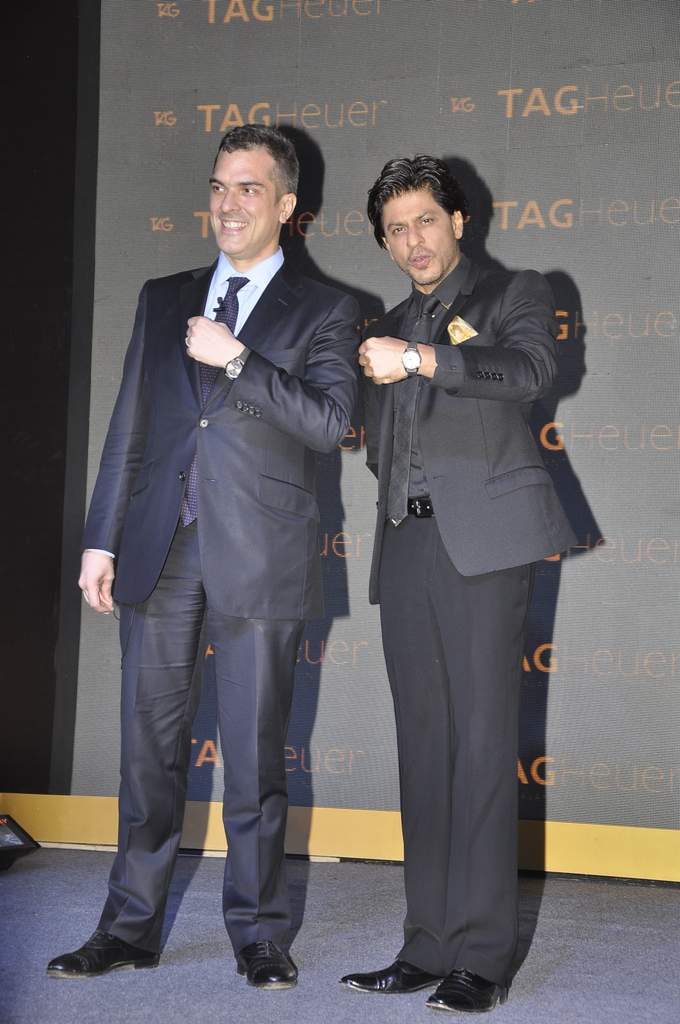 BollywoodGaram.com: Bollywood superstar Shahrukh Khan attended an event which was held to celebrate the golden era of the TAG Heuer Carrera at Hotel Taj Lands End in Mumbai on March 3, 2014. The event was also attended by Punit Malhotra, Tarun Mansukhani and Mandira Bedi.

During the event, Shahrukh said that since eleven years he has been working for TAG Heuer and he believes that Carrera Golden Jubilee is now 50 years old and Hindi cinema used to have Golden Jubilees, but now they do not even have Rs. 100 crores or Rs. 150 crores.

This means that the months of jubilees have passed, but Carrera has been there for 50 years.