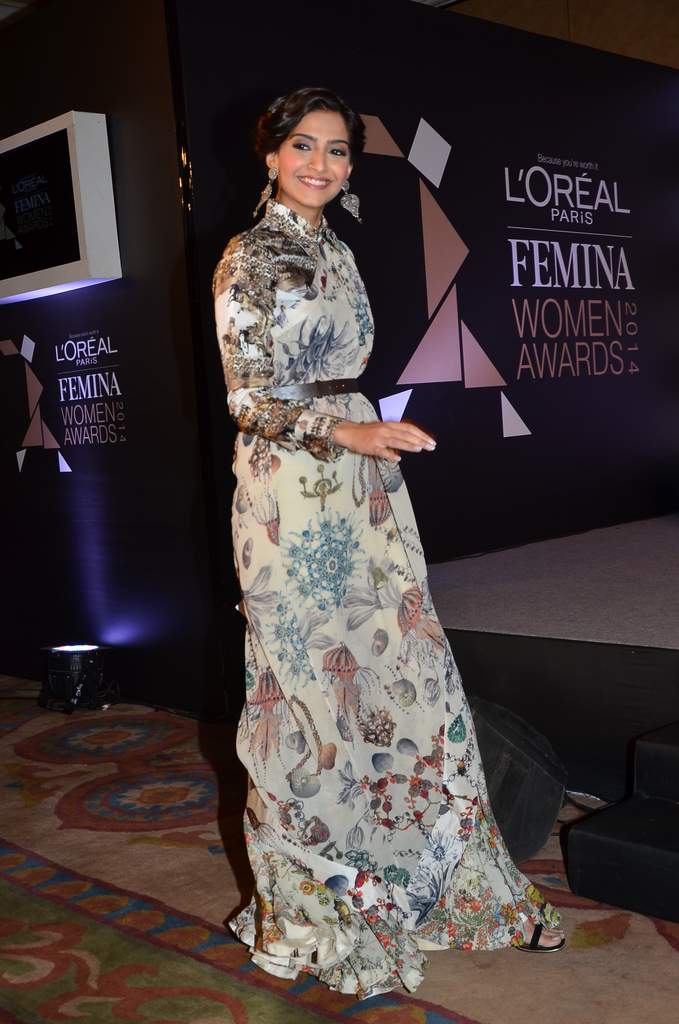 BollywoodGaram.com: Indian actress Sonam Kapoor launched the third edition of the L’Oreal Paris Femina Women Awards, during an event that was held in Mumbai on March 3, 2014. The ‘Aisha’ actress appeared in an elegant gown for the event.

During the event, Sonam said that in one of her upcoming movies, the director, editor and most of the crew and cast are women. Sonam added, “Sexism is there everywhere, in every industry not just film industry.” The actress is looking forward to the release of her upcoming movie ‘Bewakoofiyaan’, which also stars Ayushmann Khurana and Rishi Kapoor.

The movie is a romantic comedy about a couple who is madly in love with each other.