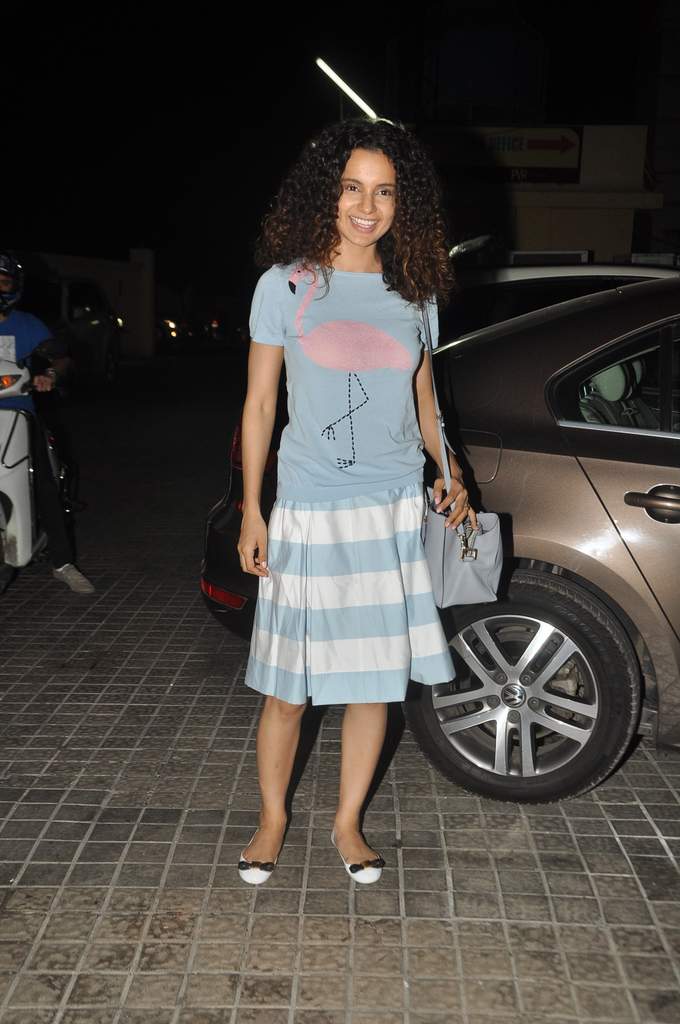 BollywoodGaram.com: Bollywood movie ‘Queen’ is yet to hit theaters, but the flick already started receiving positive responses from the eager audience. The cast of the movie, including Kangna Ranaut, Lisa Haydon and Rajkummar Rao attended the special screening of ‘Queen’, which was held at PVR Cinemas in Mumbai on March 3, 2014.

Ranaut interacted with the media and said that the movie is getting positive reviews, but that they are waiting for the verdict from the public after it hits theaters on March 7, 2014. After the screening, Haydon took to her Twitter account and expressed her happiness about the movie.

The movie is directed by Vikas Bahl and is produced by Viacom 18 Motion Pictures and Phantom Films.