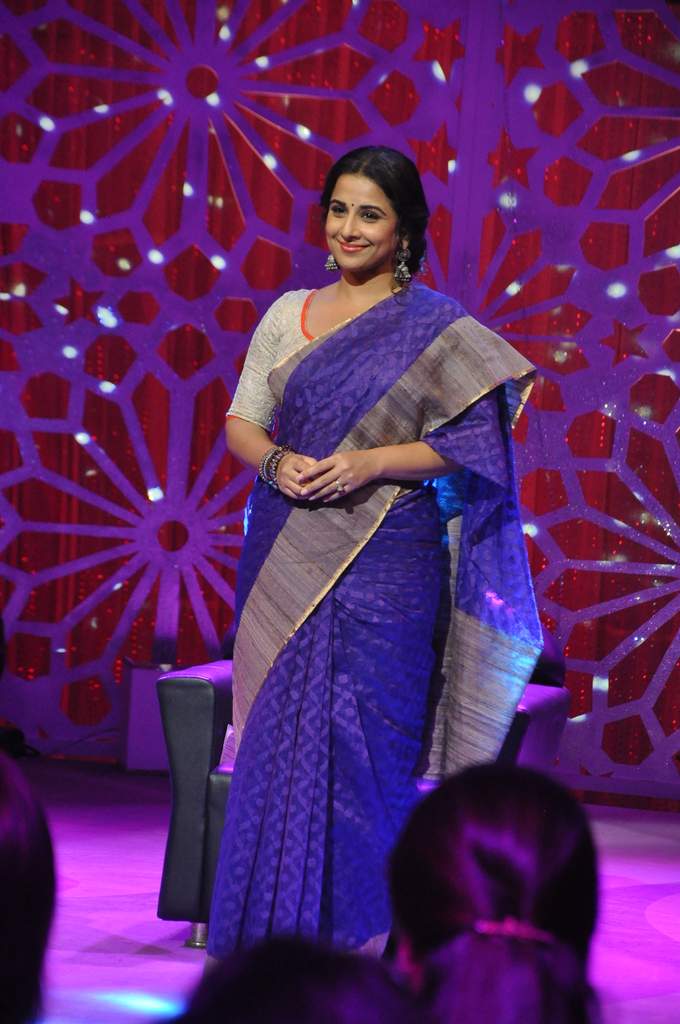 For the shoot, Vidya carried a relaxed and comfortable look in a purple and grey sari and depicted the Indian woman. Balan is currently enjoying the successful release of her movie ‘Shaadi Ke Side Effects’, which also stars Farhan Akhtar. The hilarious movie portrays the life of husband and wife in a comic way.

At an event, Vidya said that everyone who is married, is about to get married or old couples have to watch the flick.