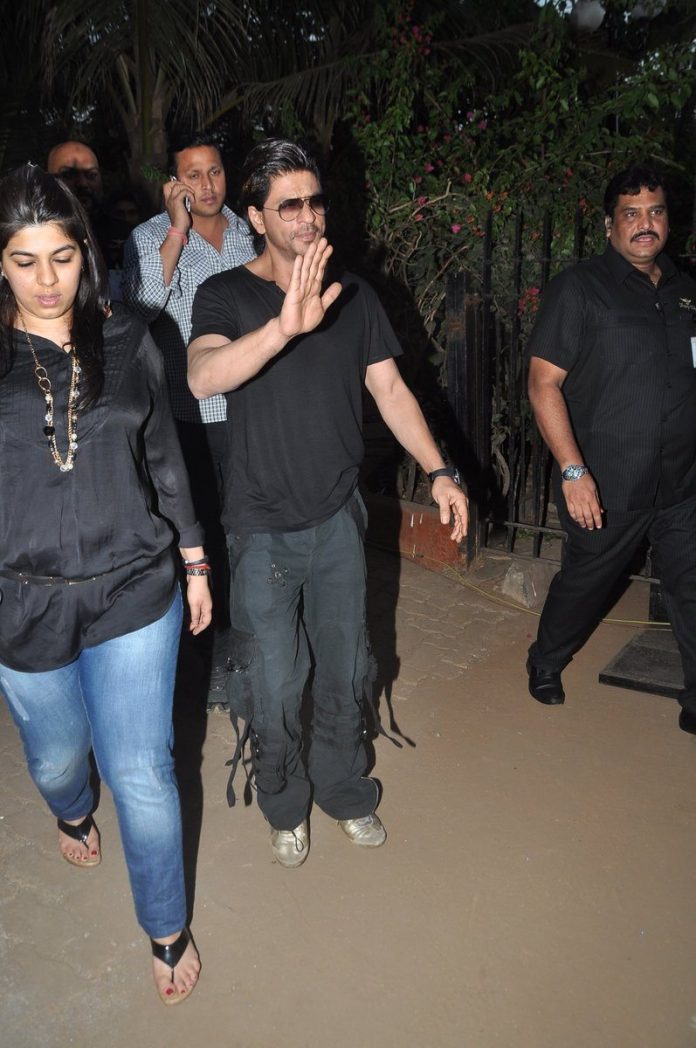 BollywoodGaram.com: Bollywood megastar Shahrukh Khan attended the YouTube FanFest 2014, which was held at Bandra Fort Amphitheatre. The ‘Baazigar’ star was accompanied by daughter Suhana. The event was an exclusive live show that featured the best of YouTube’s hall of fame.

The event featured performances by IISuperwomanII from Canada, as well as All India Bakchod, TheViralFever and many others. At the event, Shahrukh was seen in a black outfit and the superstar is currently shooting the upcoming Farah Khan movie ‘Happy New Year’. The actor recently injured himself while he was shooting for the flick.

Khan was seen with a walking stick and an arm sling for a while, but the actor is now fully recovered from his injuries.