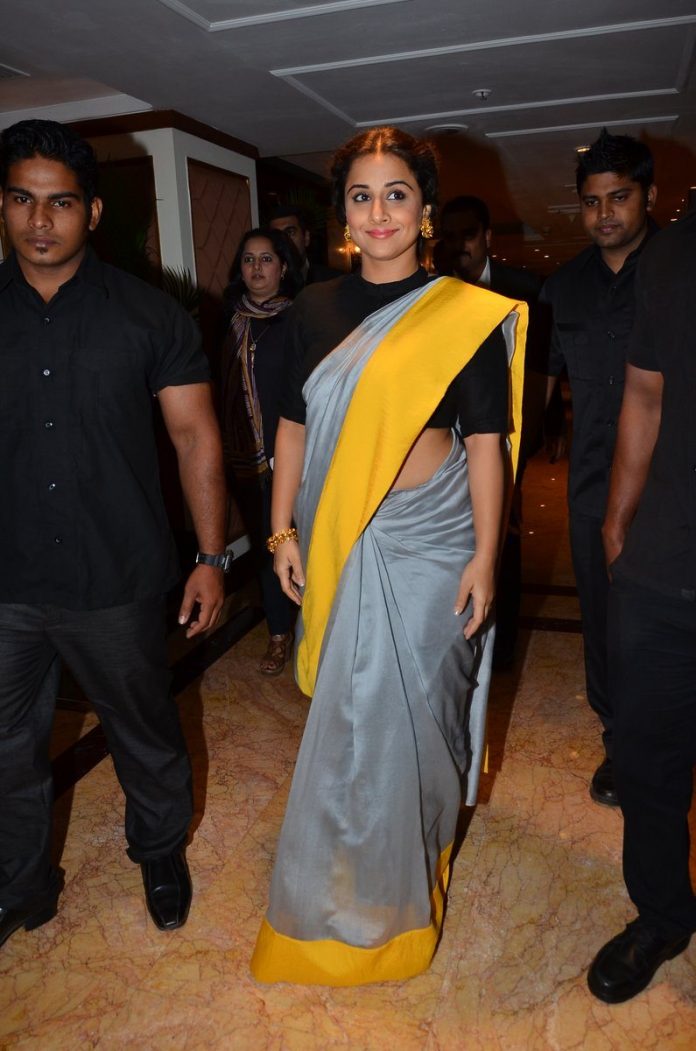 BollywoodGaram.com: The ambassador for the Indian Film Festival of Melbourne (IFFM), actress Vidya Balan attended one of the prior events to the award ceremony which is scheduled to begin on May 1, 2014. The upcoming award ceremony is the first of its kind for Indian cinema which will be held in Australia.

Vidya was dressed in a sari for the event and posed for pictures and interacted with guests. The event was also attended by Raju Hirani and TV show host and former actress Simi Garewal. Balan is currently celebrating the success of her movie ‘Shaadi Ke Side Effects’, which hit theatres on February 28, 2014.

The movie also stars Farhan Akhtar and is a story of a young couple who discover love after marriage.