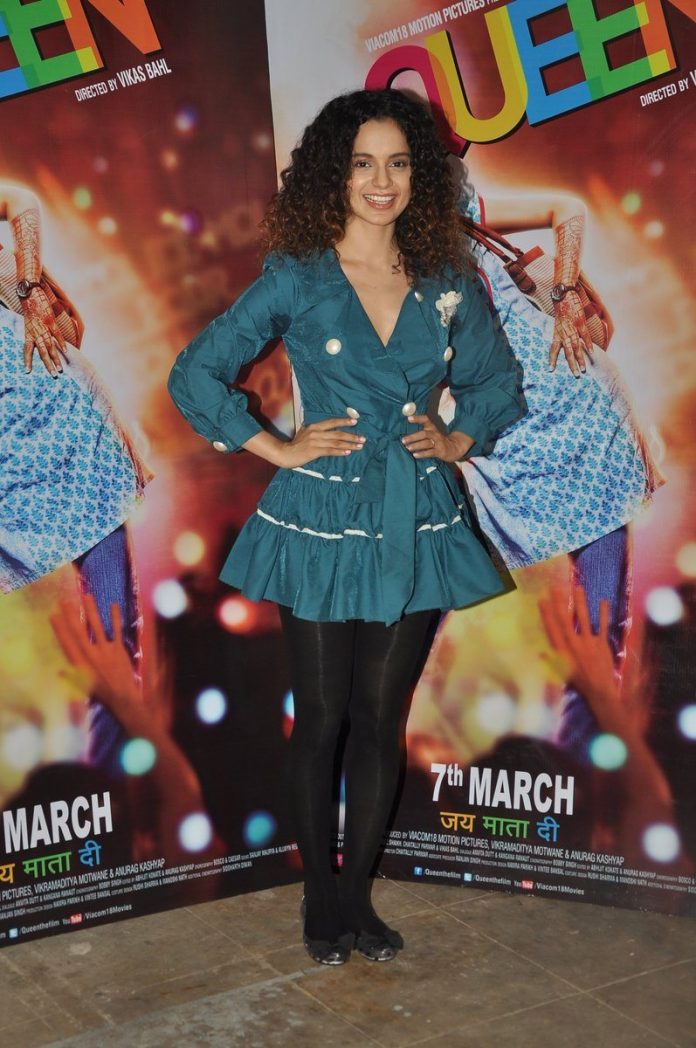 At the screening, Chitrangada was seen wearing a natural look and a black dress, glasses and a scarf. The movie hit theatres on March 7, 2014 and it is a story of a simple young girl who goes on her honeymoon alone.

So far, reviews of the movie have been great, but it is time for the audience to give its own verdict after the first weekend performance at the box office.