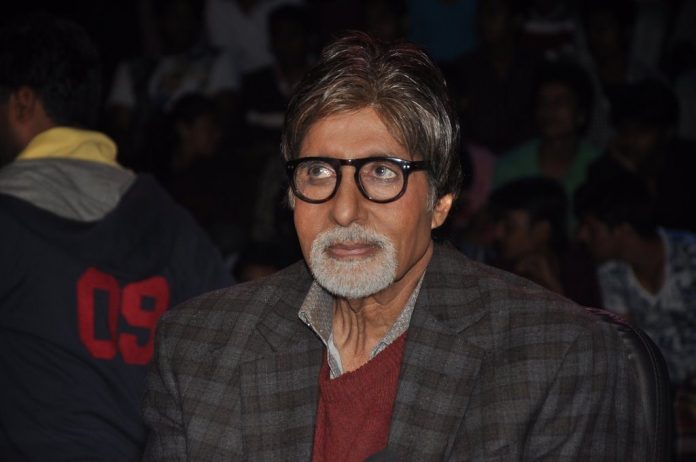 BollywoodGaram.com: Bollywood superstar Amitabh Bachchan promoted his upcoming movie ‘Bhoothnath Returns’ – which is a sequel to the 2008 movie ‘Bhoothnath’ – on the sets of ‘India’s Got Talent Season 5’ in Mumbai on March 8, 2014. The promotions also featured Kirron Kher, Karan Johar and Malaika Arora, who are judges on the show.

As usual, the ‘Black’ actor mentioned his experience on the social networking site Twitter and said that he was moved by a performance on ‘Kajra Re’ by a girl who had just one leg. Apart from the promotions, the makers also released the song ‘Party Toh Banti Hai’ on the show. The movie will also feature Usha Jadhav and Boman Irani.

Shahrukh Khan – who starred in the first flick – will be seen in a cameo performance.