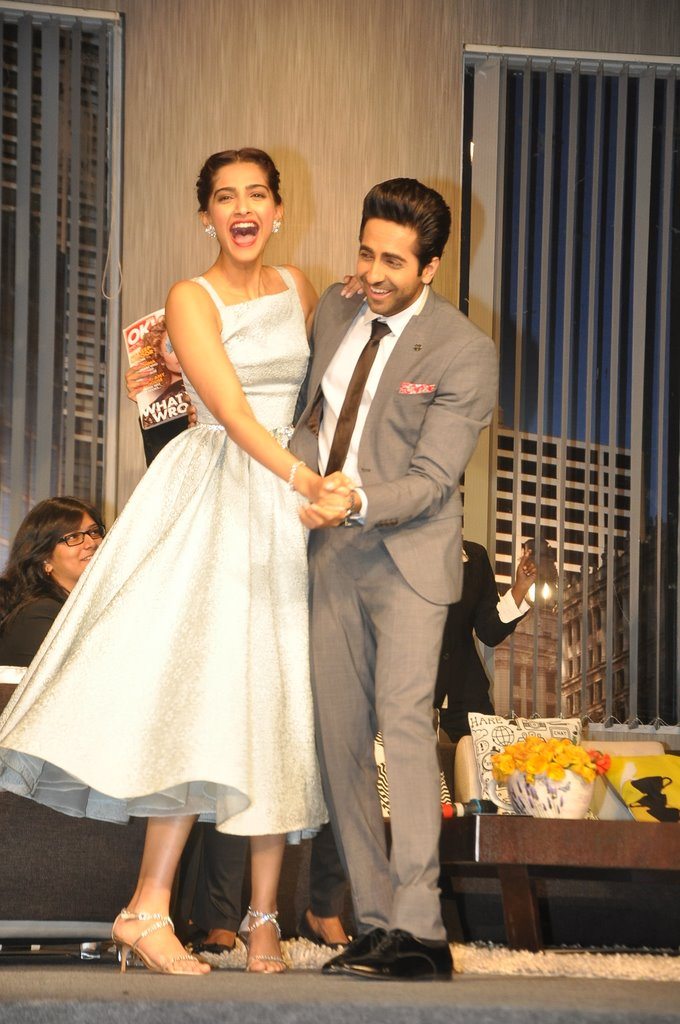 BollywoodGaram.com: The lead actors of the upcoming movie ‘Bewakoofiyaan’, Sonam Kapoor and Ayushmann Khurrana attended a press conference which was held at YRF Studios in Mumbai on March 12, 2014. The movie also stars Rishi Kapoor, who will be playing the role of Sonam’s father.

In the movie, Rishi will be seen playing a prominent role. During the press conference, Ayushmann said that his role will not be overshadowed due to Rishi Kapoor’s role and that he has a huge respect for the veteran actor. The upcoming movie is directed by Nupur Ashthana and is written by Habib Faisal and is produced by Aditya Chopra.

The theatrical trailer video of the movie was released on February 6, 2014.