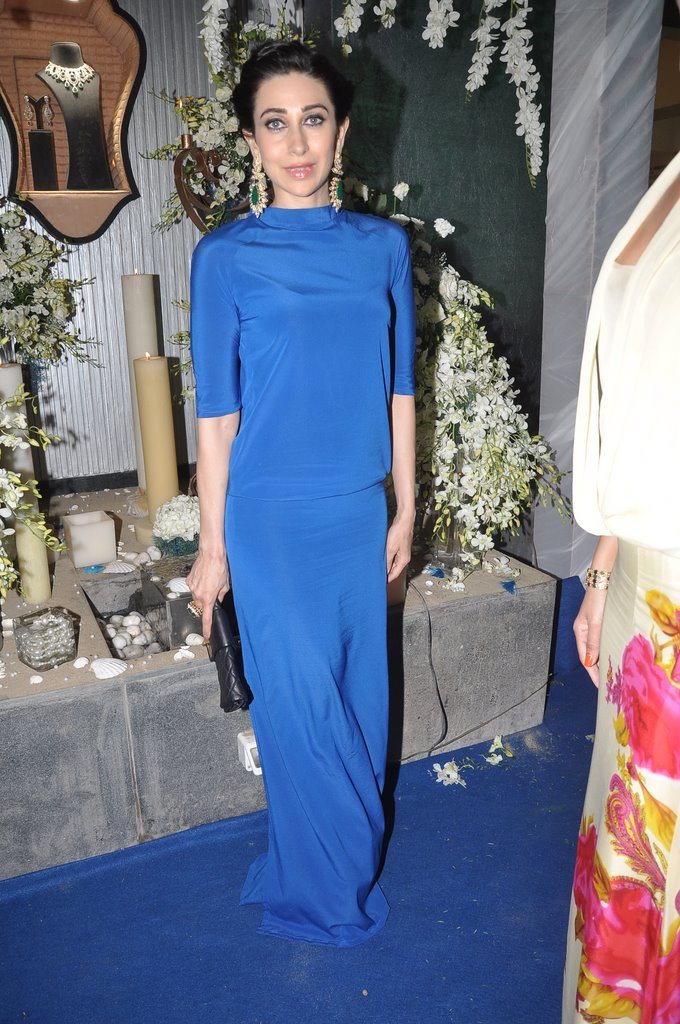 BollywoodGaram.com: Indian actress Karisma Kapoor attended the launch event of ‘Be True Jewellery Salon’ in Mumbai on March 12, 2014. The ‘Shakti’ actress appeared in a pretty blue dress for the event.

The fans of the actress are eager to see her back on the silver screen. During the event, Kapoor said that she has always loved acting, but is now busy with her children. The ‘Hero No. 1’ actress also assured that if she comes across something interesting and if she feels like doing it, she will do it only then.

Kapoor also said that she is waiting for the right script. Recently, there were rumors that the actress will make a comeback with actor Govinda.