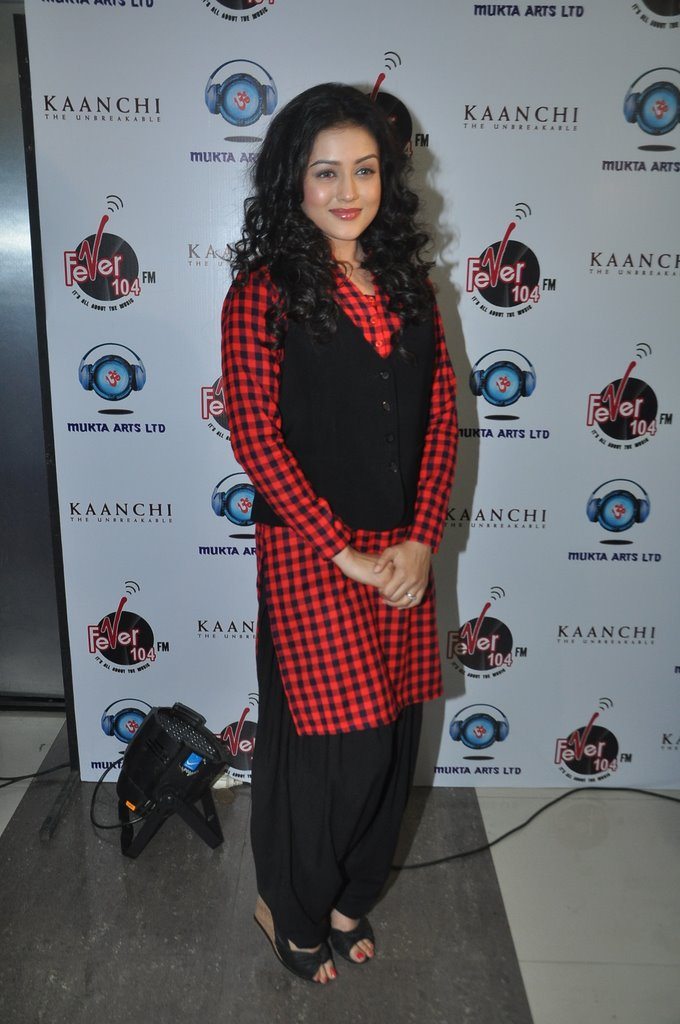 BollywoodGaram.com: Debutant Mishti and filmmaker Subhash Ghai attended the event where they released the title track ‘Kaanchi Re Kaanchi’ – from the upcoming movie ‘Kaanchi’ – in Mumbai on March 12, 2014. The song was shot in rural areas and shows the fearless and cheerful life of the lead character Kaanchi, played by Mishti.

The song was sung by Sukhwinder and the lyrics have been penned by Irshad Kamil, while Ismail Darbar composed the music. The movie is directed by Subhash Ghai and narrates the story of an innocent girl from a small town and her fight against power.