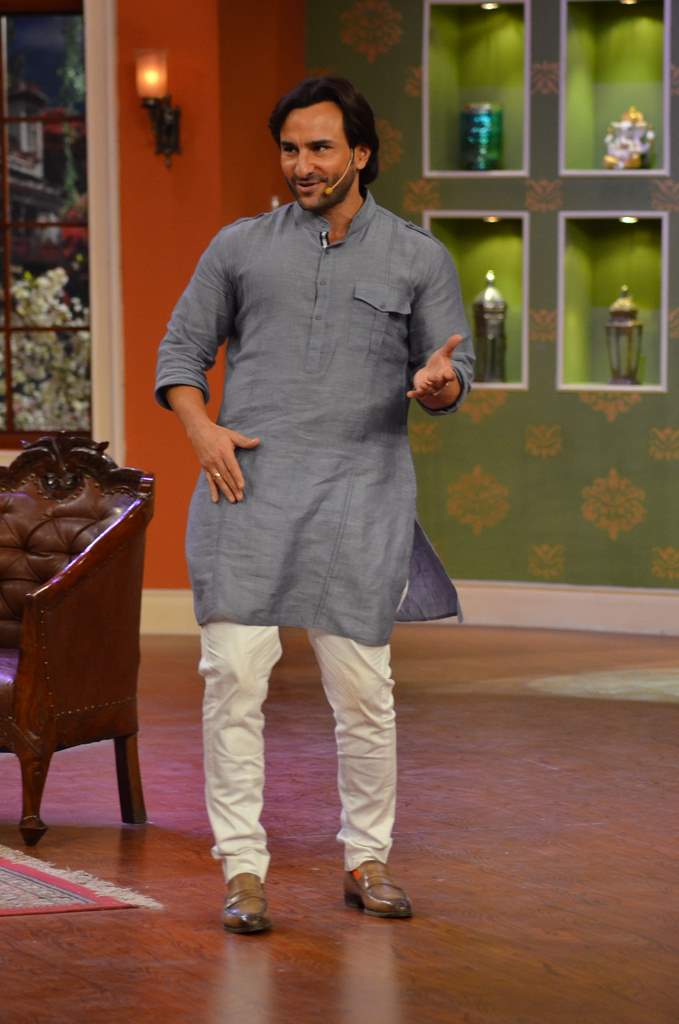 BollywoodGaram.com: Popular Bollywood actor Saif Ali Khan has been charged for an assault on March 13, 2014, over a brawl which happened between the actor and South African businessman two years back. The incident took place in a hotel, in Colaba area in Mumbai. The charges were framed by a local court against Khan and two of his friends.

Public prosecutor Wajeed Sheikh said, “The court today framed charges against Khan and his two friends – Shakeel Ladak and Bilal Amrohi – under section 325 (assault) and 34 (common intention) of the Indian Penal Code”. The three men accused have pleaded not guilty after the metropolitan court read out the charges against them.

The complaint was filed by the NRI businessman Iqbal Mir Sharma, after the Bollywood actor got into a brawl with him at the Wasabi restaurant in Taj Hotel on February 22, 2012. Saif and his two friends were later released on bail. When the brawl broke out, the actor was accompanied by wife Kareena, sister-in-law Karisma Kapoor, Malaika Arora and Amrita Arora.

The police revealed that Sharma protested the loud conversation coming from the actor and his friends’ table, after which Khan allegedly threatened them and punched Sharma in his nose, fracturing it. Khan stated that he was constantly provoked by Sharma, who used abusive language.