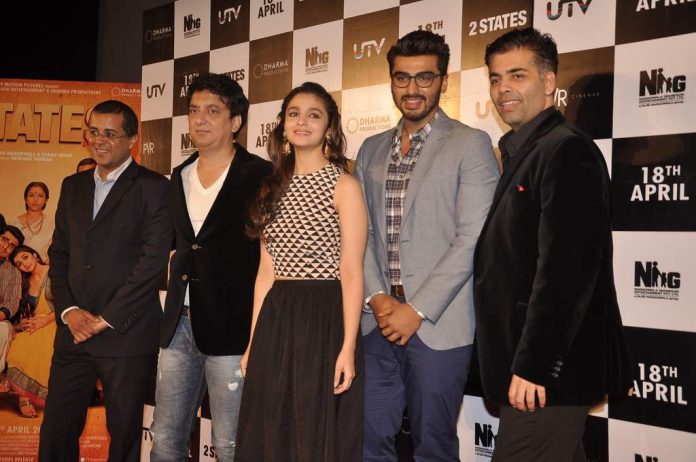 BollywoodGaram.com: While the fans are eagerly anticipating the release of the upcoming movie ‘Two States’, the makers have unveiled the latest track ‘Locha-e-Ulfat’, which features the lead actors Alia Bhatt and Arjun Kapoor.

The song is sung by Amitabh Bhattacharya and Aditi Singh Sharma and is composed by the popular trio Shankar, Ehsaan and Loy. It is a fun, college campus song which has Alia and Arjun as college students. Arjun plays the role of Krish and is totally smitten with Alia, who plays the role of Ananya.

The movie is directed by Abhishek Verman and is based on the Chetan Bhagat’s book ‘2 States’. The story is about a girl and a boy who belong to two different states and how they face problems when it comes to convincing their parents about marriage. Krish and Ananya were happy until they decided to get married and found that it will not be easy to convince their parents for the marriage. This is when the convincing game starts on both sides.

Krish is a Punjabi boy while Ananya is a South Indian girl, which makes their cultures totally different. The chaos begins when their parents meet each other. The movie is all set to hit theatres on April 18, 2014.